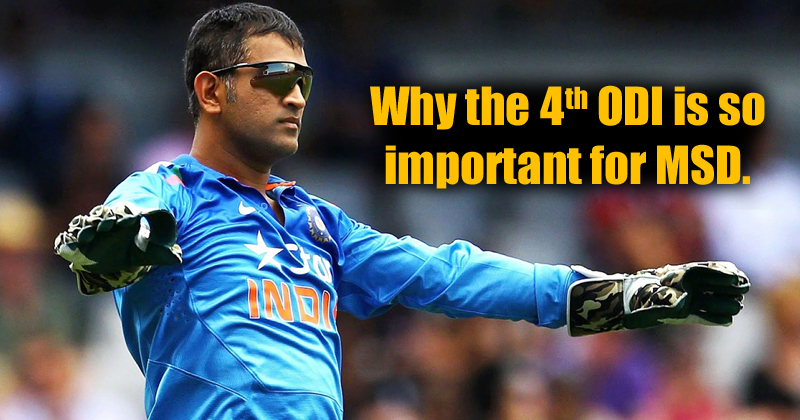 India vs Sri Lanka series has been somewhat of a one-sided event with the visitors already claiming the series having a 3-0 lead, however, while the 4th ODI won’t have an impact on the outcome of the limited overs leg, there are still many reasons why you need to follow the match as what you might witness, is going to be another class defining outing for a player as well as the question of consistency is what India will be looking to answer.

Despite having dominated the whole Test series against Sri Lanka and registering a complete whitewash for the first time in the Island nation, there are still some areas where the Indian lineup, as a whole needs to improve, the opening pair being one of the major concerns.

However, with Rohit Sharma’s 124-runs unbeaten knock in the 3rd ODI, it looks like the out-of-form days are finally over for the Indian opener and the only thing that India will be looking to accomplish, is both the opening batsmen, Rohit and Shikhar Dhawan, giving a good start to the innings, together.

That being said, when it comes to the middle order, MS Dhoni emerged as the savior in two consecutive ODIs and all the 4th ODI is expected to be a special outing for the former Indian skipper.

First, MS Dhoni will be playing his 300th ODI on Thursday and he could set, not one but two world records on the same day, one with the bat and one behind the stumps.

Ahead of the second ODI, MS Dhoni had 98 stumping to his name, which was one behind Sri Lanka’s Kumar Sangakkara but he equaled the Sri Lankan’s 99 stumping after claiming the scalp of Danushka Gunathilaka off a delivery by leg-spinner Yuzvendra Chahal. With two ODIs remaining in the India vs Sri Lanka series, MS Dhoni now just needs one stumping in order to become the first wicketkeeper to reach the three-figure mark in ODI history.

The second record that he might break during the India vs Sri Lanka 4th ODI is registering the maximum not outs in the history of ODI cricket. With the help of his two consecutive unbeaten knocks in the 2nd and 3rd ODI, MS Dhoni now has 72 unbeaten innings on his ODI resume, leveling with Shaun Pollock as well as Chaminda Vaas for the most number of ODI not outs.

With his current form as a middle order batsman and his unmatched ability behind the stumps, both of these records are expected to be broken by MS Dhoni on the day, when he will be playing his 300th ODI.

In fact, MS Dhoni has also become the fourth highest run-scorer for India in One Day Internationals during the course of his innings in the 3rd ODI against Sri Lanka, having scored 9608 runs from 299 games. Interestingly, Only Sachin Tendulkar with 18,426 runs, Sourav Ganguly with 11,221 runs and Rahul Dravid with 10,768 runs, are now ahead of MS Dhoni, and considering the top three on this elite list were top order batsmen for India, Dhoni has to be the best middle order batsman or we can say, the Best Finisher that India ever had.

As for the Sri Lankan cricket, the team is going through a rough patch consisting of miserable form, below par scores on the board, inability to turn good starts into a match winning performance, administrative issues, Upul Tharanga serving a two-match ban and if this wasn’t enough, now there are fitness concerns, as well. Chamara Kapugedara has become the most recent player to be pulled out of the India vs Sri Lanka series, which the visitors lead by 3-0, due to a back injury. Lasith Malinga has been handed over the captaincy for the 4th ODI, while Tharanga will be back for the final clash of the series.