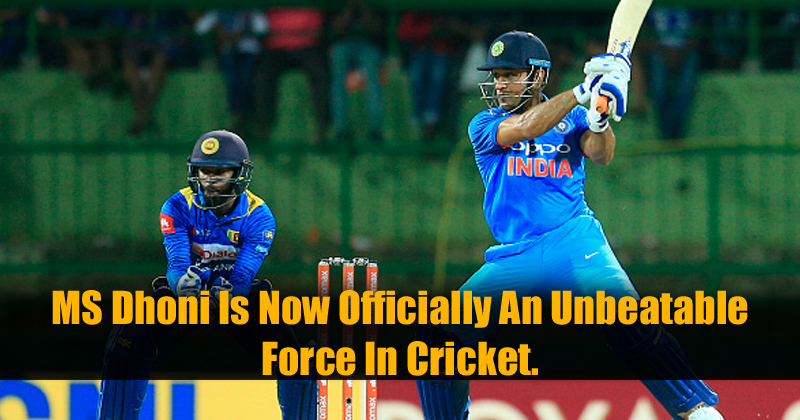 Prior to the India vs Sri Lanka ODI series, pundits said that this will be a test for the Virat Kohli-led squad as selectors will be keeping an eye on everyone for the 2019 World Cup squad and coming into this series, while senior players had to prove their worth, youngster had the opportunity to sharpen their skills and gain some International experience.

From what we have seen so far, team India seems to have ticked all the right boxes except consistency as giving back-to-back match winning performances, is something that Virat Kohli & Co. looks to be struggling with.

Same was the case in the India vs Sri Lanka 3rd ODI where Jasprit Bumrah laid the foundation of this 6-wickets victory in the first innings with his career best figures of (10-27-5) but when it came India’s turn to bat and chase the target of 218 runs, the likes of Virat Kohli, Shikhar Dhawan, KL Rahul and Kedar Jadhav went back to the pavilion within first 15 overs of the game, leaving India at 61/4.

However, what saved the match going out of their hands was Rohit Sharma’s rock solid stand of 124* runs, supported with calm innings by MS Dhoni (67*). While Rohit Sharma finally ended his low-scoring spree in Sri Lanka, it was MS Dhoni who emerged as the perfect middle order batsman with his second consecutive match-winning stand.

Despite an early stumble, the unbeaten 157-run partnership between MS Dhoni and Rohit for the fifth wicket too India home with 29 balls to spare and saved them from a humiliating defeat.

On the other hand, the shoddy performance continues as they once again failed to find the right pace for the scoreboard and neither did they managed to challenge Indian batting order, despite having some early breakthroughs.

As India claimed the ODI series, with two more games still to be played, let’s take a look at some statistical highlights from the India vs Sri Lanka 3rd ODI, including MS Dhoni’s equalling another all-time ODI record.

Sri Lanka will now be looking to prevent a clean sweep, just like the Tests series, and Virat Kohli, on the other hand, since the squad seems to have found its grip, will leave no stone unturned to repeat the Test dominance in limited overs, as well.