In what turned out to be a thrilling draw, the India vs Sri Lanka 2017, 1st Test saw the visitors giving the Virat Kohli-led team a run for their money on a pitch that had little to offer to the bowlers. Nonetheless, the match went for a deserving draw as both sides showed great cricketing acumen on the field, with Sri Lanka marginally avoiding a defeat.

After scoring just 172 runs in the first innings of the rain-hit India vs Sri Lanka 2017, 1st Test, the visitors were once again left startled as Sri Lanka went on giving a 122-run trail on the fourth day which was backed by three half-century knocks by Lahiru Thirimanne (51), Angelo Mathews (52) and Rangana Herath (67).

One might question how a 122-run trail could be considered big a Test match but considering India’s first innings, the match seemed on the way of the visitors registering their first ever win in the format in India.

However, a formidable opening partnership of 166-runs between KL Rahul (79) and Shikhar Dhawan (94), followed a record-breaking century by Virat Kohli on the 5th day, was enough to lead India towards a 352 runs total, giving Sri Lanka target of 231 runs for the win.

And then there was a sudden destruction.

Bhuvneshwar Kumar (11-8-4) and Mohammed Shami (9.3-34-2) completely shattered the Sri Lankan side on day five but the visitors somehow managed to take the game towards a draw, which seemed impossible in the final session of the day.

That said, while everyone was expecting a one-sided fixture, Sri Lanka has shown that they are here with an intent after becoming the first team to defeat Pakistan in the UAE and they will leave no stone unturned to redeem the 9-0 tour-wash. 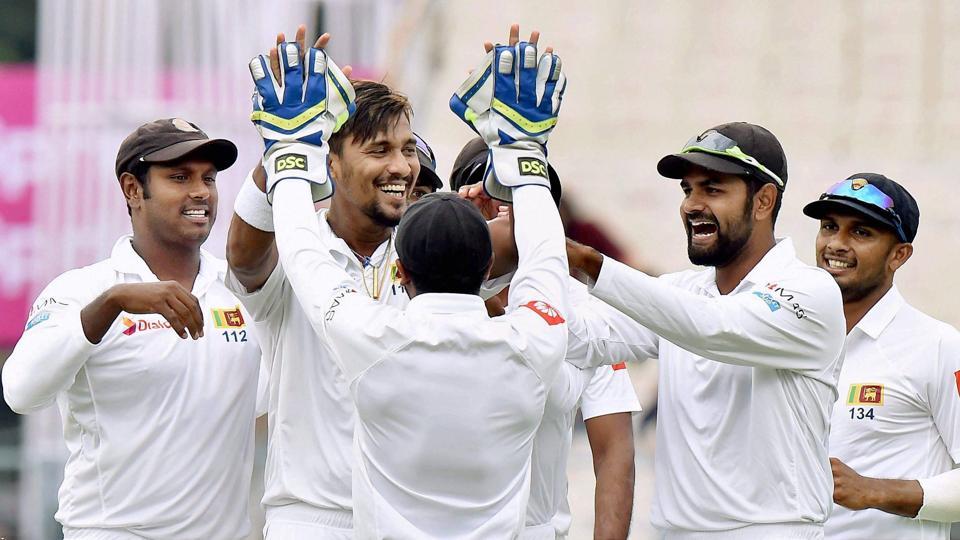 From Suranga Lakmal’s exploits on day 1 (19-26-4), Cheteshwar Pujara’s stand-alone fifty to Rangana Herath’s fighting half-century, Kohli’s 50th international century and Bhuvneshwar 8-fer, the India vs Sri Lanka 2017, 1st Test had its own twists and turns which cropped up time and again.

In the end, despite almost 200 overs being washed out, the way this match ended was a fantastic start to the series as the battle ensured that the game could still go for a result on day 5.

Everything said and done, it was KL Rahul’s consistency and Virat Kohli’s record-breaking spree that gave Indian fans something to cherish from the India vs Sri Lanka 2017, 1st Test, with Bhuvi’s 8-wicket tally being an icing on the cake.

Here are some interesting records from the India vs Sri Lanka 2017, 1st Test.

With the India vs Sri Lanka 2017, 1st Test ending in a draw, the focus now shifts to Green Park, Kanpur where the second Test will be played on 24th November 2017. The pitch might not be as green as the one seen in the first test, which means that spinner could see some help from the strip, making the match an even interesting fixture of Sri Lanka’s tour of India.