Home Sports Cricket India vs South Africa Tests: A look at the key stats and... 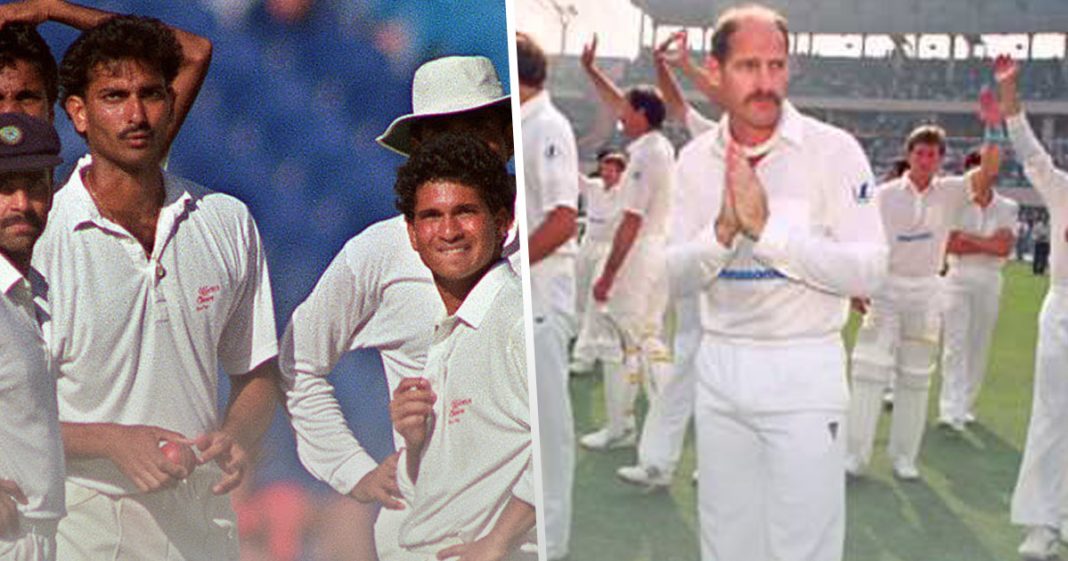 As we gear up for the forthcoming Test series, it would be a good time to look at some of the most significant stats and numbers from the Test history between India and South Africa.

The 4-match series between India and South Africa in 1992-93 was a historic one. It marked South Africa’s return to international cricket after their suspension due to apartheid after 32 long years. Under those circumstances, this series was hence a momentous occasion in the country’s history.

India hence became the first international team to play a Test in South Africa since 1970 when. The first Test of the tour was played at Durban. It must be remembered that this was also the first-ever Test between the two sides. The match ended in an engaging draw.

Pravin Amre’s gritty 103 on a bouncy surface and Kapil Dev’s opening spell on the first day were the highlights of this Test historic match.

India vs South Africa Tests -Most runs scored by a batsman:

India’s former batting maestro Sachin Tendulkar has left his mark against all the major teams in the world.  Sachin was also at his best against South Africa in Tests, scoring 1741 runs in 25 Tests at an average of 42.46 with 7 hundreds and 5 fifties.

He is the leading run-getter in India- South Africa Test matches. Sachin’s highest score was the magnificent 169 in the 1996 Test at Cape Town.

Following him closely is South Africa’s batting great Jacques Kallis who accumulated 1734 runs in just 18 Tests at a terrific average of 69.36 with 7 hundreds and 5 fifties.

It is important to realize here that both Sachin and Kallis had 7 hundreds in tests between India and South Africa. This is the joint-equal number of centuries by a batsman in India vs South Africa Tests.

In the 1st Test between India and South Africa at Chennai in 2008, Indian opener Virender Sehwag blasted a brutal and career-best 319 off just 304 balls with 42 fours and 5 sixes – his second triple hundred and also the highest individual score by a batsman in India vs South Africa Tests. It is also the highest ever Test score by an Indian.

India vs South Africa Tests – Most wickets by an individual bowler:

India’s ace leg-spinner Anil Kumble relished bowling against the South Africans all through his career. The Proteas always struggled to tackle his bounce and variations, especially on Indian surfaces.

Kumble ended up with 84 wickets against South Africa in 21 Tests at an average of 31.79 with 3 five-wicket hauls. This is, by some distance, the highest number of wickets by a bowler in India- South Africa Tests.

After Kumble, it is South African pacer Dale Steyn who is on this list with 65 wickets in 14 Tests at an average of 21.53 with 5 five-wicket hauls and one ten-wicket match hauls

As a result of this, India went on to win this match comfortably by an innings and 57 runs.

In the Test match between India and South Africa at Nagpur in 2010, South African batsmen Hashim Amla (253*) and Jaques Kallis (173) stitched a massive partnership of 340 runs after the visitors chose to bat.

This remains the highest-ever partnership record in India vs South Africa Tests. Courtesy this incredible effort, South Africa posted a dominant 558-6 (dec.) and went on to win the match by an innings and 6 runs.

The 1st Test between India and South Africa at Chennai in 2008 was marked by Virender Sehwag’s majestic triple hundred. However, this Test also featured a memorable partnership between two of India’s batting giants.

Sehwag (319) and Rahul Dravid (111) formed a brilliant partnership of 268 runs that took the game away from the visitors. It was then the highest-ever partnership record in India vs South Africa Tests.

The second most successful captain on the list is the dynamic Hansie Cronje who led South Africa to 5 Test victories against India in only 8 Tests.

It must be remembered that from the current era, Indian captain Virat Kohli has the best chance of soon becoming the most successful captain in India vs South Africa Tests. Kohli has thus far won 4 Tests as a captain against South Africa in 7 matches.

With the upcoming 3-match Test series, Kohli has a golden opportunity of leading this chart.

There are plenty of esteemed bowers who have left a mark in India vs South Africa Tests – Dale Steyn, Ravi Chandran Ashwin, Allan Donald, Javagal Srinath and Shaun Pollock to name a few. Surprisingly, though, the bowler who has the best individual figures in Tests between the two countries is Lance Klusener – not recognized majorly for his bowling skills.

Playing his maiden Test match in the Kolkata Test of 1996 between India and South Africa, Klusener showed great skills as he moved the ball around and extracted good bounce on a true Eden Gardens pitch.

The Indian batsmen had no answers to Klusener’s sharp bowling and were bundled out for only 137.  Klusener ended with sensational figures of 8-64 – the best bowling figures yet in the India-South Africa Test history. Courtesy this effort, South Africa won the match 329 runs.

India vs South Africa Tests – Most sixes by a batsman:

This is not a record that is often talked about in the longer format. Because hitting sixes isn’t exactly a regular phenomenon in Test cricket. However, few batsmen loved taking the aerial route even in Test matches and Indian opener Virender Sehwag was one of them.

He especially enjoyed smashing sixes against South Africa and ended up smashing 17 into the stands against them in 15 matches. This is the highest number of sixes by a batsman in Test matches between India and South Africa.

The second name on the list is Jaques Kallis who hit 11 sixes in 18 Tests against India.

These were some of the noted records and stats from the India vs South Africa Tests. Which is your favourite record from the aforementioned list? Comment below. 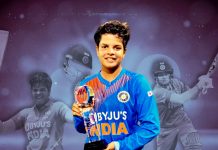