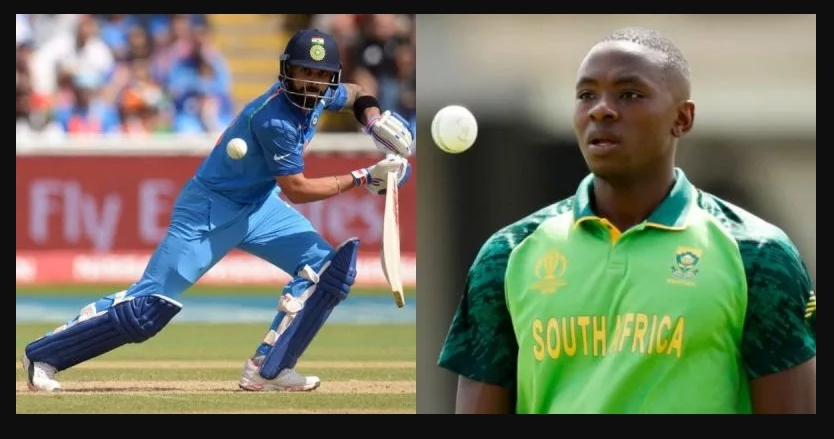 The season of exhilarating cricket is all set to begin in India with the South Africa tour to India, involving a T20I series followed by three Tests. The India vs South Africa T20I series commences from the 15th of September at Dharamsala and will be followed by games at Mohali and Bengaluru respectively.

It should be an interesting battle. First thing to remember is that India is almost indispensable at home and South Africa is a team in transition. However, both the sides have some exciting and quality players and the India vs South Africa T20I Series has plenty of fascinating elements in it to look forward to. Here is a look at a few of those aspects.

The pitches in India are expected to be flat and batsmen should obviously be making merry. Hence, expect a flurry of fours and sixes and some dazzling strokeplay from the most exciting hitters. T20 cricket, by nature, presents non-stop action and for this reason the India vs South Africa T20I series is likely to have loads of pulsating action.

He must be itching to get back to batting and take up from where he left off. Rohit Sharma was a man on fire in the ICC World Cup 2019 in England – collecting 648 runs in 9 matches with a record-breaking 5 hundreds and 1 fifty. He loves the limited overs format and he relishes playing in home conditions. The India vs South Africa T20I series would hence be a perfect opportunity to display his talent with the bat again in the shortest format.

Lest one forget, Rohit is currently the leading run-getter in T20Is with 2422 runs in 96 matches at an average of 32.72 along with a record 4 hundreds and 17 fifties. Rohit also has 107 sixes in T20Is – the most by any batsman in the format. When in flow, the Indian opener can smack some glorious sixes out of the park. It would be exciting to see if Rohit Sharma goes bonkers in the India vs South Africa T20I series and hits some clean and gorgeous hits over the boundary.

The return of Hardik Pandya:

Ever since his suspension earlier this year owing to his objectionable comments on a chat show, Hardik Pandya has looked a changed man. He looks like a man on a mission; determined to just do his job sans the theatrics. He did so in the Indian Premier League 2019 for the Mumbai Indians and then for India in the World Cup in England. The Indian all-rounder appears to be improving with every game – both with the bat and the ball – and looks hungry to become a responsible match-winner for the team.

A slight injury towards the end of the World Cup had forced Pandya to sit out of India’s tour to the West Indies. However, now he is well-rested and back in action for the India vs South Africa T20I series. This is the perfect format for Hardik to get back into the groove and leave his mark as an all-rounder. Hardik has improved significantly as a bowler and is likely to contribute 3-4 overs in every game. His batting down the order, however, is the more exciting part. Hardik can clear any ground and can bludgeon any attack into submission. He has matured as a cricketer these past few months. Thus, South Africa should be wary of a Hardik Pandya blitzkrieg in the upcoming series.

India vs South Africa T20I series – A look at some exciting young talents:

The India vs South Africa T20I series will be exciting on many counts. Aside from the high-octane T20 action, the series will present an opportunity for several young talents from both the sides to show their mettle.

India will have the likes of 20-year-old leg-spinner Rahul Chahar who has been impressive in the IPL and in the solitary T20I he got to play in the West Indies. His brother Deepak Chahar too is part of the squad and had shown in the T20I series in the West Indies that he can be a dangerous weapon. Young pace sensation Navdeep Saini is a genuine prospect and it will be fascinating to see how he performs in the series. Young all-rounder Washington Sundar may get a look in too, keeping in the T20 World Cup next year. The ever impressive Shreyas Iyer can be a crucial part of the Indian middle-order and will be looked forward to.

For South Africa, there would be the likes of spinner Bjorn Fortuin and seam bowler Anrich Nortje who are unknown young talents may surprise the home team.

South Africa had a rather poor World Cup 2019 where they finished 7th on the points table with just three wins. With the retirement of AB De Villiers, Dale Steyn and Hashim Amla, South Africa have been dealt further blows in the recent past. It is important to realize hence that it will take time for the new set up a decent match-winning unit. In the India v South Africa T20I series, this inexperienced Proteas outfit will obviously be tested. They are, after all, playing against a formidable Indian team at home.

Led by the dynamic wicket-keeper batsman Quinton de Kock, South Africa will have their task cut out this time. This is because barring the captain, David Miller, and lead bowler Kasigo Rabada, the team has plenty of inexperience. The likes of Junior Dala, Andile Phehlukwayo, Tabraiz Shamsi, Reeza Hendricks, Rassie van der Dussen and all-rounder George Linde would have to step up and take responsibility. Nonetheless, the team has potential and if they can punch above their weight it will bode well for the future of South African cricket.

The India vs South Africa T20I series will also see a new-look Indian bowling outfit. In the World Cup 2019, Indian cricket fans had been used to seeing Jasprit Bumrah, Mohammad Shami and Bhuvneshwar Kumar handling the pace department. At the same time, Kuldeep Yadav and Yuzvendra Chahal took care of the spin bowling unit. Things will be different this time for the Men in Blue, though.

With most of India’s World Cup bowling unit being rested, the responsibility will be on the some youngsters who can be the ones taking the forefront in the future of Indian cricket. The pace bowling unit will have left-arm seamer Khaleel Ahmed along with the young and exciting Navdeep Saini and Deepak Chahar. 20-year-old leg-spinner Rahul Chahar has been very impressive in the chances he has got. It is almost certain that he will be deployed against South Africa who have struggled historically against good leg-spin bowling. Furthermore, the left-arm spin of Krunal Pandya will also be vital for India as he is likely to be a part of all the three matches. Young off-spinner Washington Sundar might also get a look in a couple of games as he has plenty of potential to bowl in the Powerplay overs.

All things considered, it will be rather intriguing to see how this new Indian bowling unit performs in the India vs South Africa T20I series. A good performance here would set things nicely for the upcoming World T20 and will give the team management and national selectors plenty of options to choose from.