They never came as underdogs, they had all the momentum to re-create history but a reeling performance in the longest format once again brought them on the verge of a whitewash. However, never with an approach of never backing down, Virat Kohli & Co. is back to winning ways and after taking a 4-1 lead in the India vs South Africa ODI series, the Men In Blue have now won nine consecutive bilateral ODI series.

Thanks to Rohit Sharma’s 17th ODI century, Virat Kohli and his men were able to put a total of 274 runs in the first innings of the India vs South Africa, 5th ODI, with multiple cameos from Shikhar Dhawan (34), Virat Kohli (36) and Shreyas Iyer (30).

While the Proteas seemed highly likely to easily chase the target with Hashim Amla (71) continuing to push the scoreboard, it was Hardik Pandya who went on to put his name on the turning point of the India vs South Africa, 5th ODI with a direct hit to send Amla back to the pavilion when the hosts were looking great at 166/4 in the 35th over.

From there on, South Africa didn’t get a chance to settle as the wrist spinner-duo of Yuzvendra Chahal (9.2-43-2) and Kuldeep Yadav (10-57-4) dominated the pitch with their disciplined bowling attack. 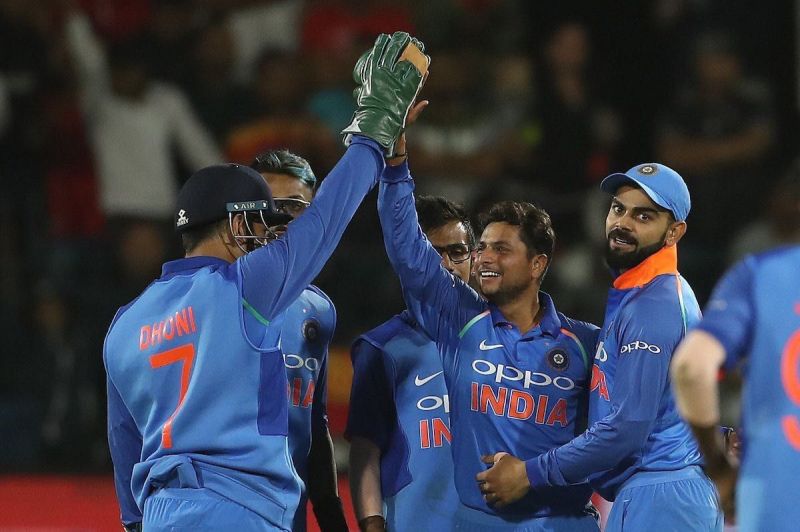 India vs South Africa, 5th ODI ended with the visitors winning the match by 73 runs as the whole South African was bowled out for 201 in 42.2 overs. This also means that by the end of this series, India will dethrone South Africa to become the No.1 ODI squad in the world.

Here are some of the statistical highlights from the India vs South Africa, 5th ODI.

Watching history being created is always the best a cricket fan can ever witness and after seeing team India finally putting an end to a long drought in South Africa, Virat Kohli & Co. have sounded a loud holler for England and Australia, who will host the Men In Blue, later this year.