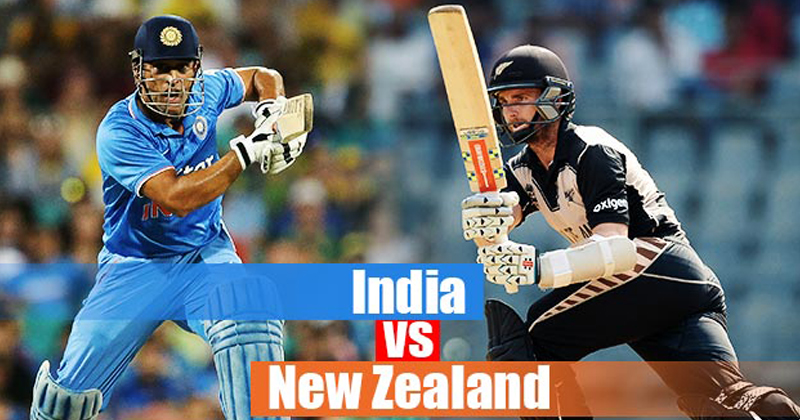 India and New Zealand will play the series decider on 29 October at Visakhapatnam, as both the teams have recorded two wins each in the ongoing five match bilateral series.

The 5th ODI was never considered to become the deciding one as India recorded a six wicket win over the kiwis in the first match of the series. Indian Batting order was put to test by the New Zealand bowlers in the second and fourth match and Indian batsmen failed to answer the Kiwi bowlers. However, the third ODI was also dicey one and could have turned in the favour of visiting team.

Indian Team’s dependence on Virat Kohli’s performance came as a shock to both the administration and viewers as he played a vital role in the test series washout of the visitors and both the ODI wins.

On the other hand, MS Dhoni’s performance has also been questioned in this bilateral ODI series and the recent allegations of Dhoni needing an in form batsman on the other side of the pitch, have also been proven in this series.

Indian team has only registered ODI series win against Zimbabwe in the last 18 months and the drought can still continue after seeing the team performance in the ongoing ODI series.

However, New Zealand has won only one ODI series in the last four months and that too against Zimbabwe. Another fact to notice here is, Kiwis have never won a bilateral series against India since 1988 and winning the 5th ODI will definitely boost their confidence.

Some Facts related to the 5th ODI at Visakhapatnam:

New Zealand have regained their lost vigour and the team can not be underestimated after winning two of the four matches played in this series. Indian Batting order have shown some weaknesses and the whole order seemed dependent on Virat Kohli and MS Dhoni.

After seeing New Zealand bowler’s performance in this series, the game can turn in the favor of visitors if Indian batting line up fails to perform.