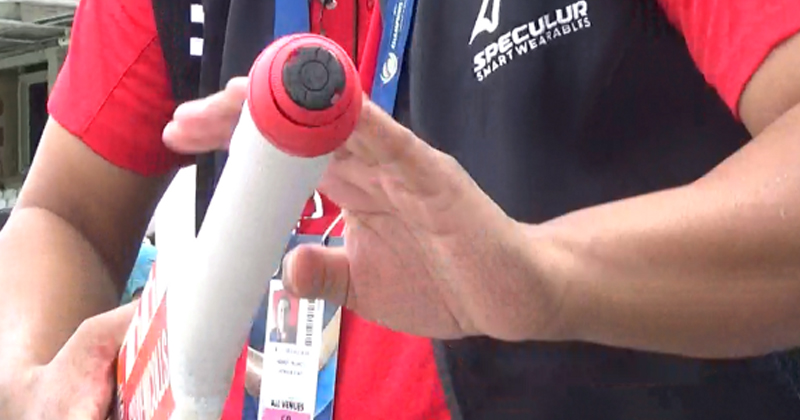 ICC Champions Trophy is all set to bring the International 50-Overs action back to our lives and International Cricket Council (ICC) is going to introduce another smart change into world cricket at the most opportune moment.

The game of cricket has never shied away from modifying itself with the new era of technologies and welcoming innovation with open arms. One such change is going to be the use of smart bats in the already-on-the-roll ICC Champions Trophy.

International Cricket Council has named Intel as its innovation partner for the ICC Champions Trophy and the eight-team tournament is considered to be the first ever “Smart Cricket Tournament”. As the name suggests there are going to be a couple of changes, or we can say, additions to the current format for both the players as well as the fans.

First, as we have already told you, there will the debut of smart bats. According to a report by Xtratime, computerized chips will be placed inside these smart bats which will help engineer from their respective teams to track a player’s movement with the help of cameras and the resulting data will be thus analyzed by team experts. At least three players will be using these smart bats during a team’s innings in the ICC Champions Trophy 2017.

Interestingly, National Football League (NFL), has already opted for this technique, placing these computerized in chips in footballs as well as on every player’s shoulder pads in order to get ‘Next Gen Stats’. The technology now allows a team to track everything to anything ranging from how fast a quarterback throws to how fast and well a defensive back runs toward the airborne ball.

However, NFL is one of the richest and most famous sport in the world, especially in the US, and if ICC has opted for this technique in ICC Champions Trophy, it might be for the better good. By which we mean, better the knowledge, fierce the competition and more of nail-biting head-to-head clashes.

That’s not it. During the ICC Champions Trophy 2017, Intel, with its continuous drive to trigger the next wave of high-end technologies, is looking to transform the cricket experience for fans, while helping coaches and players improve performance.

Apart from smart bats, hawk-eye cameras will be installed in all the three venues, The Oval, Sophia Gardens, and Edgbaston for the ICC Champions Trophy 2017 accompanied by Spidercam and drone cameras which are going to be used for the first time ever, covering all the action live from every possible angle. Moreover, rather than the physical Playing XI sheets, captains from the eight teams will be signing and submitting the list on a tablet.

As for the fans, going live on any social media platform will not be a problem anymore as HD Wi-Fi will be made available at all the venues, ensuring uninterrupted connectivity as well as reduction of pressure on 3G and 4G networks.

With all these developments, one thing is for sure, while fans will be offered an experience worth cherishing, the technological advancement would mean that players, as well as their respective teams, will be having ample data to take their game a notch higher, resulting in increased competition, which is always better for any sport.

What do you think that these changes in the ICC Champions Trophy will bring with them? Share your thoughts in the comments section below.

Dev Tyagi -
Of the fourty-four countries that together make up the enigmatic continent known as Europe, at least twenty have either banned or imposed...