Kumble was given a one-year term during which the  former Indian Test captain will take charge of the Indian team. He will be heading the team  from the upcoming Test series in July-August that India will play in West Indies.

His former teammates Sourav Ganguly, VVS Laxman and Sachin Tendulkar picked India’s highest wicket-taker in Tests and ODIs as the candidate. Tendulkar, Ganguly and Laxman are part of the BCCI Advisory Committee.

The race of becoming the coach of the Indian team was between two candidates, Anil Kumble and former Team India Director, Ravi Shastri. Shastri does not have any  coaching experience or a coaching certificate but the  45-year-old was added to the fray under a window for candidates with no experience by BCCI.

The fast bowler has already been a mentor for the Mumbai Indians  and the Royal Challengers Bangalore in the Indian Premier League.

Now the news of Anil Kumble being appointed as a coach broke the internet and this is how cricket fraternity reacted after it went official.

“It’s a great honour and I would like to thank BCCI for this opportunity. I am thankful to BCCI and cricket advisory committee for showing faith in me. It is the right time and way to give back what all I have gained from the cricket.”

“Indian cricket team deserves the best coach and BCCI has full faith in Anil Kumble. We take feedback from everyone, including media. This game is followed by millions. Anil Kumble will join the team for the West Indies tour.”

Congratulations jumbo!. @anilkumble1074 hope your experience and legacy can take Indian cricket to greater heights! All the best!

Jumbo news 4Team India.Congrats @anilkumble1074
To have a coach who cud play wid broken jaw wud be an inspiration fr guys in dressing room.

Anil Kumble is an outstanding choice as coach of India. The expectations from him will be huge.

Anil Kumble will be an excellent organiser and a top team man. And knowing him, he will respect the fact that the captain runs the team.

Good on @ianuragthakur to acknowledge Ravi Shastri's contribution. Ravi had stepped in at a difficult time.

Thumbs up to the procedure used in appointing the coach. Asked experts, stood by their judgement.

Congrat to @anilkumble1074 on the @BCCI head coaching role.

Wow massive news, you can see why @BCCI have chosen another former legend, #RaviShastri did such an exceptional job https://t.co/C1AB4cmEGd 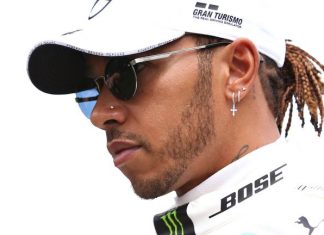