Virat Kohli , Heartthrob of nation,an unmatched, beyond comparison talent of Indian Cricket team is all set to take the charge as the captain of team india for the whole series against Sri Lanka.

Our aggressive right-handed batsman and occasional right-arm medium pace bowler is known for his game changing oddity in the field. 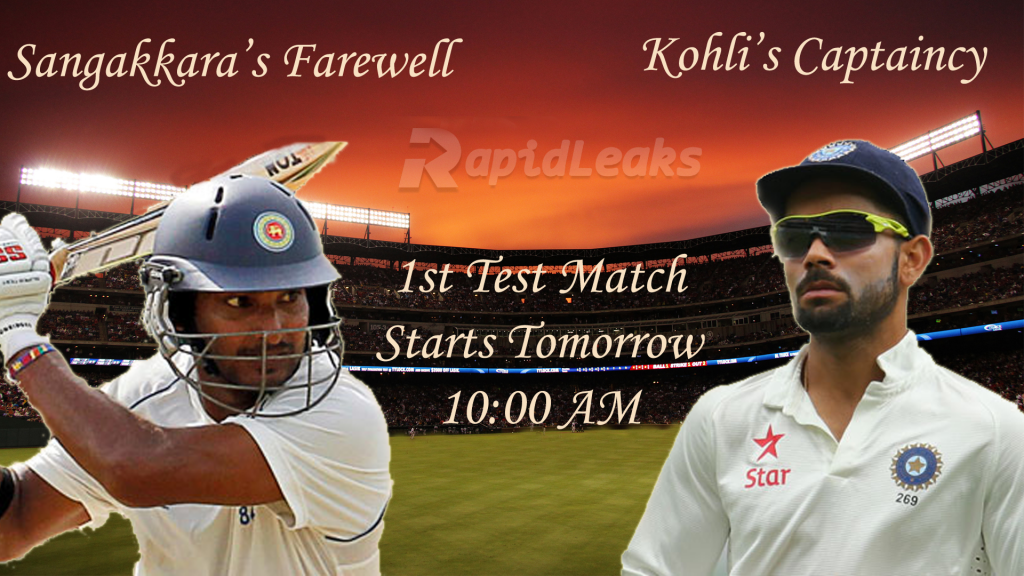 The challenge for Kohli, with the image of an aggressive captain will be to see him shuffle around and handle the pressure expertly on the field like our previous captain Mr. Cool M.S.Dhoni.

“Galle” in 2008 is also in the team, however if he will be on playing eleven or not is not confirm yet.

The biggest attraction and important news of this series is that  legendary left-handed wicket-keeper batsman of Sri Lanka, Kumar Sangakkara,is taking retirement from Test Cricket.

This test series will be the farewell series for the batting legend, who has scored 12,305 runs in the longest format of the game; the highest by any Lankan batsmen till now.