Former Australia batsman Brad Hodge apologised to Virat Kohli for his comments suggesting the India skipper missed the fourth Test in Dharamsala to rest his injured shoulder for the Indian Premier League (IPL) campaign, which will be kicked off next week.

The recently concluded India vs Australia was arguably one of the most controversial bilateral series we have ever seen. From heated conversation on the ground to unpleasant comments off it, the series was not at all just about winning or claiming the numero uno position, rather it was a fight to save the spirit of the game.
Virat Kohli was targeted every now and then, and of such comments was made by Brad Hodge in which he said, “(Because) if you miss one game of Test match cricket and you’re fronting up the next week for RCB versus whoever, at Bangalore, Chinnaswamy Stadium… You’d be pretty dirty if he didn’t front up to a Test match and try and win a valuable series against Australia. You would think that your captain would get out there and get amongst the fight and get in there”.

Brad Hodge’s comments triggered a rage among Indian fans and even celebrities like Amitabh Bachchan and Gautam Gambhir came out in defence of the Indian skipper.

Gautam Gambhir said, “Knowing Virat he would have never done that and these people, look if you want to be in the headline you can say anything you want and it’s just about making a headline or trying to get your name in the press by making such statements.”

And Amitabh Bachchan stating his unwavering support for Kohli and coming out in his defence for the second time in a week tweeted:

T 2477 – Brad Hodge says 'Virat skipped 4th to play IPL' .. RUBBISH ! he did it to tell you that his team can wallop you even without him ! pic.twitter.com/FVxFpYcgEq

After facing heavy criticism, Hodge decided to apologize and the apology is pretty much as lengthy as the spree of controversies has been during the India vs Australia series.

1/2 My answer at the post match conference has been blown way out of proportion. I did not categorically say the whole Australian team but

2/2only a couple of individuals.I continue to be in good terms with the few guys I know & who I've played with at RCB & that doesn't change.

This is what he had said earlier 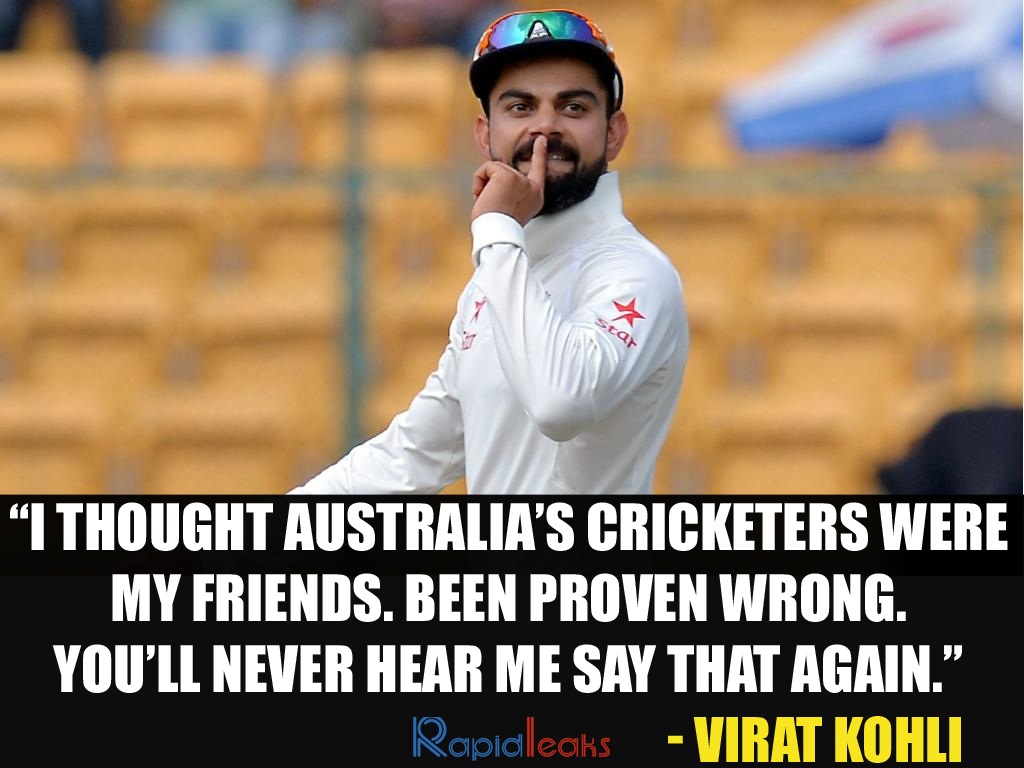 And it was time for Ravichandran Ashwin’s wit that didn’t fail to leave us in splits and take a dig at both Virat Kohli and Brad Hodge.

On a lighter note, from this year onwards 30th march will be remembered as world apology day.

Fans, as expected, enjoyed every single word that Ashwin wrote and are having a gala time on Twitter.

sir you are class on and off the field 😂😂❤️ Love how witty you are!

wht a sense of humour sir…we will sure remember it

sir you are class on and off the field 😂😂❤️ Love how witty you are!

A hater also had something to say about Ravichandran Ashwin’s humor and he received a well deserved answer.

well I have been dropped in all those places before, so it's not as serious as u make it sound.

Nevertheless, Twitter has come a long way and people are using it in a way that even the inventors would never have thought!!