Best performances in Women’s World T20 2018: Players that made the T20 bonanza their own!

They’ve bagged Four World T20 titles in six years. How many teams would’ve managed what Australia Women did? That only the Aussie women were able to demonstrate such a special is proof of their outright excellence in the sport. In the final, Australia, it could be said, were fortunate to have not been asked to chase a mountain of a total. But even then, shouldn’t their bowlers be congratulated for halting England, once and for all?

But while the Aussie consistency provided the signature of excellence, there were other world-class performances that made the just-concluded Women’s World T20 a cricketing bonanza. While the likes of the White Ferns, Proteas Women, Windies Women among others were in top form, the likes of Bangladesh, Ireland, Sri Lanka had a disappointing run.

A long hoppy action, an agile frame and a passion to succeed- what else does need? Well if you are Ellyse Perry, that’s just the beginning.

There’s really no other way of describing her other than saying Ellyse Perry is a signature of outstanding excellence on this great game of ours.

Few players in the women’s game are as admired as Ellyse Perry. This year too, the finest all-rounder in the game was at her peak, collecting 60 runs and 9 wickets, including a fantastic effort of 3 for 16 in the game against India.

Perry’s all-round athleticism paid a fitting complement to a tall order of Australian batting. She was at her best during important games against India, West Indies, New Zealand and eventually proved to be among the players whose mere presence proved overwhelming to her opponents.

You’ve seen Sehwag give his side flying starts. You’ve seen Matt Hayden and Adam Gilchrist hit bowlers of the world with a barbed wire. Now you see Alyssa Healy ensure maximum damage for those who challenge her Australia Women’s side.

A fearless batswoman who plays for the love of the game, without sacrificing passion, Alyssa Healy scored with the penchant for destruction this Women’s World T20.

Healy’s blade was punishing right from the start of the tournament. She began by displaying a full range of her strokes in an important win for the Aussies that came against Pakistan, wherein the belligerent right-hander starred with a 48. This would be followed by two back-to-back fifties against Ireland and the White Ferns respectively.

The highlight among the best performances of the ICC Women’s World T20 2018 was Alyssa Healy’s consistent streak right at the top of the order. She kept scoring runs well into the much-anticipated final, going as far as scoring 225 tournament runs.

A young bowler who’s all of 19 but one who bowls with the maturity of a seasoned campaigner, Sophie Ecclestone was among the finest bowlers in the just concluded Women’s World T20.

Throughout the tournament, she emerged as one of the harder bowlers to score of and collected an impressive tally of 5 wickets, this included, the best bowling spell of 2 for 22 against India, a game that was actually crucial for both sides to win but would eventually be grabbed by one team.

It’s worthwhile to mention that in the must-win game against India, Sophie emerged with getting the better of Smriti Mandhana early on. We know the kind of damage an unchecked Mandhana can do, don’t we?

She’s known for her big hits and those muscular blows, most of which land well over the ropes. But among the best performances of the Women’s World T20, 2018 would always have Deandra Dottin the bowler as among the newsmakers.

In taking a career-best fifer in the form of 5 for 5 against Bangladesh, Dotting ensured that her Windies women got off to a winning start. It’s a shame that her side weren’t able to make their way into the finals. Nonetheless, the Windies can take a lot of pride in the form of Hayley Matthews, Dottin, Afy Fletcher and the form of the others this tournament.

The Power of Anya 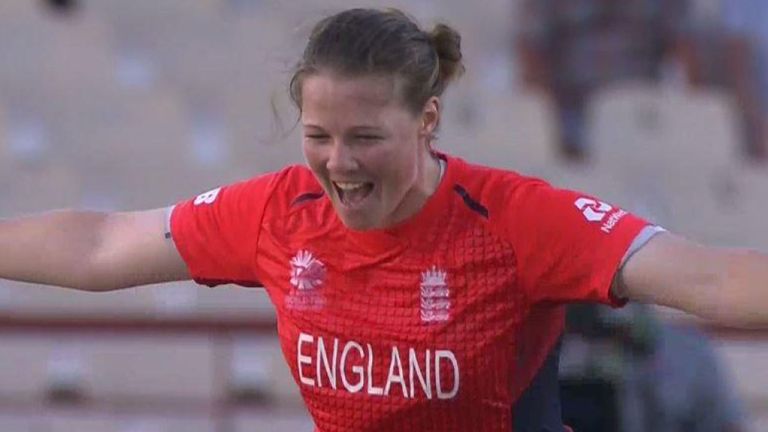 Among the most respected bowlers in the women’s game, Anya was up to the challenge from the word go this Women’s World T20, clinching an important breakthrough against Bangladesh in England’s tournament opener. This would be bettered by a spell-binding hat-trick against South Africa, wherein Shrubsole cleaned up the lower order of the Protea’s Women.