Faf du Plessis, the current South Africa’s Test and T20I captain, has risen through the ranks in just half a decade despite being playing under the shadows of Jacques Kallis, AB de Villiers and Hashim Amla.

Francois ‘Faf’ du Plessis was among the four inexperienced cricketers to be named in South Africa’s 30-man preliminary squad ahead of the 2011 ICC Cricket World Cup and from there, there was no turning back. Faf du Plessis took everyone by surprise after being signed by Chennai for the first ever Indian Premier League, ahead of some of the most experienced cricketing stars like Brian Lara, Chris Gayle and Sourav Ganguly. The South African had a good season with the franchise and in 2012, became one of the biggest run-scorers for the team.

Faf du Plessis’ had a dream Test debut in November 2012 against Australia at Adelaide Oval where he scored 78 runs in the first innings and registered an unbeaten 110-runs stand in the second. The fact that he batted for 466 minutes, facing 376 balls to score those 110 runs to help South Africa draw the match was commendable. He was awarded Man of the Match for his valiant effort and the same innings sounded a holler of his ultimate presence in World Cricket.

As for his international profile, Faf du Plessis has been known as one of the best fielders in the world as well as a batsman with the temperament for all the three formats. Currently, the South African team is struggling to pose a challenging Tests but with Faf du Plessis leading the team, we expect them to rise once again to rule the rankings.

South Africa has always been known for giving World Cricket the best of talents and Faf du Plessis is no exception. As strong as he is with his bat and knows to find gaps in the field, as a fielder, he has also given us several OMG moments by taking some of the best acrobatic catches ever seen.

When it comes to fielding, Cricket as a sport as evolved in the last five years or so and Faf du Plessis has been leading this evolution from the front.

1. A compilation of one handed airborne catches that manages to leave us in awe everytime single time.

2. Going backward for a catch is one of the most difficult tasks on the field but Faf du Plessis makes it look like a walk in the park.

3. Another Golden Moment but this time from the Indian Premier League

4. The Stuntman who can turn the face of game

Be it slips, inside the 30-yard circle or on the boundary line Faf du Plessis is one player against whom every batsman thinks twice before challenging him on the field. 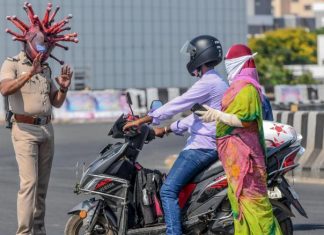 Dev Tyagi -
They have warned you to stay indoors but you would not listen. Turns out, common sense during times of crises isn't that...