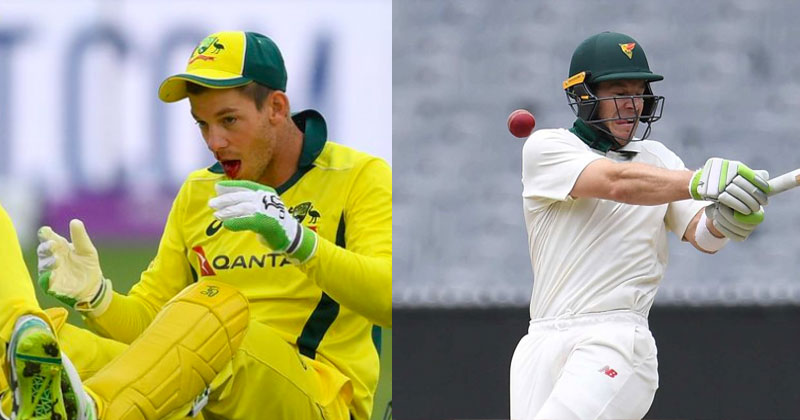 Cricket can hurt. Yes, it can. And dearly so. But only when a team loses a contest bitterly. Isn’t it? Actually the above was just proven wrong a few hours ago in midst of a live cricket contest.

As Australia were playing England in a bid to desperately salvage something in the Second ODI at Cardiff, something rather painful happened that too on live screens.

It appeared that having taken a brutal blow onto the face, Tim Paine was bloodied and left in pain and agony. These are sights that are often the part of the sport but not always welcoming for the sheer nerves and tensions involved.

Tim Paine received a massive blow whilst wicketkeeping and it would impact his fitness and bring about immediate concern on his health. Here’s what happened. In the immediate aftermath of a rather slower one bowled by Australian medium pacer Andrew Tye- among the few successful bowlers in the IPL 2018- Tim Paine followed the ball down the leg side where it jumped and latched on to his face.

The result wasn’t the prettiest site in world cricket. It also wasn’t the most good looking picture in midst of a live game either. Soon, with nearly half the side gathered around its captain- already beleaguered in witnessing clear struggles to turnaround the team- there emerged the team’s physio and the medical staff.

Sadly, particularly for the Australian fans, it wasn’t the best side in cricket for them as Tim Paine remained on the ground for a few minutes together as blood poured from his nose before the medical team rushed onto the ground to attend him.

And then, something interesting happened. Albeit, something that does not happen every day on live television in midst of an active, live game. Australian cricket captain would soon receive a tooth extraction right in the middle of the game by the team’s physio- it had come to that level of extremity.

Surely, on this occasion, it could be seen- Tim was indeed “Pained”.

Soon, the match would resume and an already embattled wicketkeeper- Tim Paine- would take a fine dismissal to send danger-man Jason Roy on his way. This would actually be a great dismissal, in all honesty, considering the athleticism involved as also the physical beating that the Australian had received.

Importantly, for Australia, this was a key dismissal- since Roy finished with a 108 that propelled his team to a fantastic and likely improbable 342 on the board. From Australia’s perspective, winning the Second ODI at Cardiff is going to be very important.

Having lost the previous game by a margin of 3 wickets, Australia haven’t really gotten off to the best possible start in this ongoing ODI series against England. What also concerns the side is that in their current absence of star players (match-winning batsmen) Steve Smith and David Warner- the team definitely seems to be slightly short on confidence.

For them to ensure a turnaround happens in the ongoing ODI series, it is imperative that the likes of key batsmen in the side- Glenn Maxwell, Shaun Marsh and, captain Tim Paine himself-contribute to the scorecards. So far, poor bowling and mediocre batting as evidenced from the 1st ODI seem to have taken the sheen off Australia, a side renowned for its fighting abilities.

At the present moment, chasing 343 also seems a tough task. And nothing would keep the Australian side upbeat and be floating than a match-winning performance, truth be told. For fans, for the resurrection of Australian cricket- that has been desperately looking for a turnaround ever since the torrid scenes of March in 2018 in lieu of the infamous ball-tampering saga- and, for the confidence of the current unit, a series win will surely do wonders.

The question is- are Australia, minus their key batsmen and important match-winning bowlers in Starc and, Hazlewood, ready for that massive turnaround? Someone, you wonder, will have to perform out of his skin. 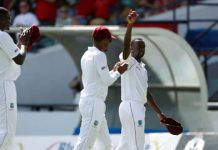