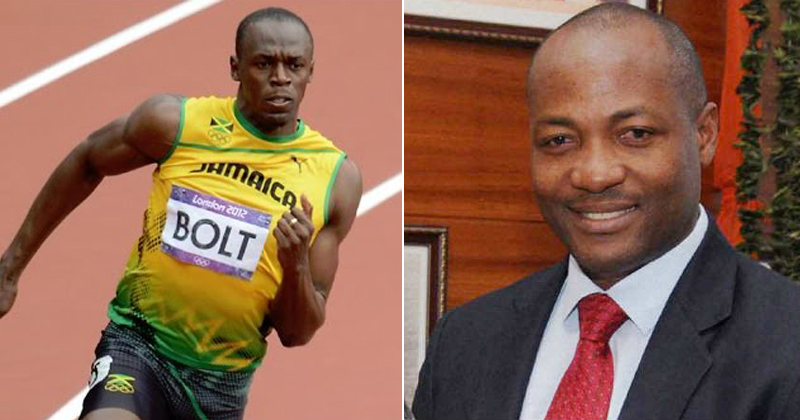 The signature Champion dance of West Indies players is already ruling social media but after the team won beating England in the World T20 2016 final two other batsmen joined them to celebrate their victory in trademark Champion style. Usain Bolt, who is from Jamaica celebrated the win of WI in his own unique style and performed the Champion song and Brian Lara went crazy in front of his T.V. screen.

Usain Bolt posted his video on Instagram and wrote “wasn’t ready for that last over. WI is a champion. Well done team it just keeps happening in the Caribbean. #winning #greatest #smiling”. Bolt is even singing the song in his own voice and you will just love the way he is enjoying himself while dancing and if not then just look at those abs.

@GabeTurner73 wasn’t ready for that last over. WI is a champion. Well done team it just keep happening in the Caribbean. #winning #greatest #smiling

The signature dance seems to go viral all around. The legendary former batsman Brian Lara could not hold himself performing on Champion song after West Indies defeated England to clinch their second world cup t20 title. As soon as his Idiot box shows him that West Indies won, he started screaming Champion and the joy on his face will give you the taste of his happiness.

The Prince of Trinidad @BrianLara celebrates the Windies victory. pic.twitter.com/2H7hVLzJjn

The whole world is going crazy and appreciating the efforts of team West Indies. Now, you too wanna scream – “Champion Champion Everybody Knows West Indies Is The Champion!!”