After Women’s Cricket broke new grounds during the 2017 Women’s World Cup, making the tournament one of the best and most watched International cricket fixture, the International Cricket Council is all set to walk on a new journey for the 2021 WWC by unveiled the first chapter with 2017–21 ICC Women’s Championship round 1.

For the unknown, 2017–21 ICC Women’s Championship will be the decider for four top teams to qualify for the next ODI World Cup and every team will play three ODI series on a home-away basis. That said, this year’s ICC Women’s Championship is expected to gather a lot of interest from around the world after the huge success of 2017 World Cup, which saw a huge rise fans base for International Women’s Cricket. 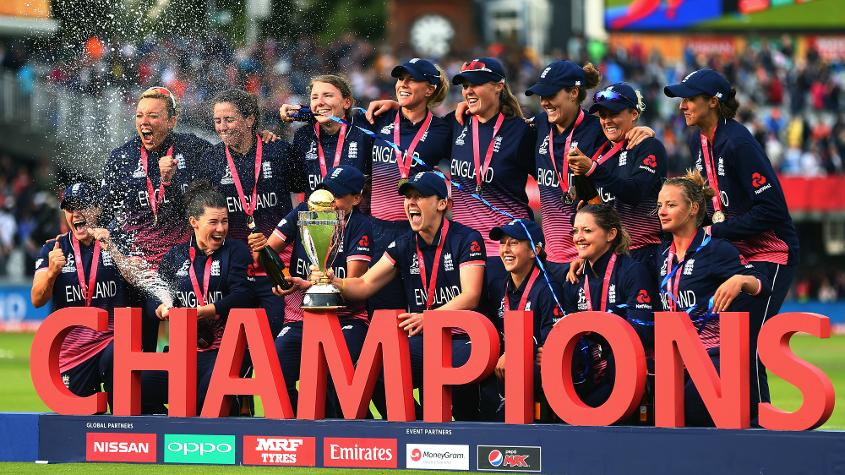 According to a recent survey,

These figures clearly reflect the kind of impact the World Cup had on women’s cricket and the fact that fans felt a great deal of quality cricket was combined with last-minute thrills is what defined the tournament, means that the fixture has given a major boost to International Women’s Cricket, thanks to world-class performances by the participants.

Now, with the road to the next World Cup all set to be travelled upon, the schedule for 2017–21 ICC Women’s Championship has been announced and just like the inaugural 2014-16 edition, all eight teams– Australia, New Zealand, England, India, Pakistan, West Indies, South Africa and Sri Lanka will take on each other in a three-ODIs series on home and away basis.

World Cup 2021 host New Zealand along with the three top teams from 2017–21 ICC Women’s Championship will gain direct qualification for ICC’s World Cup, while the remaining four sides will get a second chance for the pinnacle event in the ICC Women’s World Cup Qualifier event. The four remaining teams will be joined by six other squads from four regions i.e Africa, Asia, East Asia Pacific as well as Europe for the Qualifiers.

Top four teams from the ICC Women’s World Cup Qualifier event will then join the ones who gained direct entrance through the 2017–21 ICC Women’s Championship for the 2021 World Cup in New Zealand.

Member boards could schedule T20Is during these tours, however, no other ODIs can be played along with 2017–21 ICC Women’s Championship. Each team will get two points for a win, one for a tie or no-result and zero in case of a loss.

Watch this space for more updates on 2017–21 ICC Women’s Championship as a total of seven rounds will be played among the eight teams.