Home Positive Stories Saudi Arabia gets a woman to anchor to host night news for... 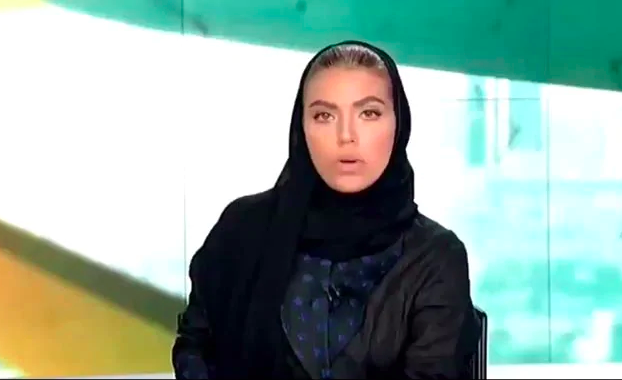 Women haven’t really been at a lot of peace, especially of late, in the Middle East. Given the tectonic turn of events that have taken place in the Middle East, starting first with the civil chaos in war-torn Syria and Iraq thanks to the ISIS, with the woes only being exacerbated by the famine and war in Yemen, hundreds and thousands of women and children have been displaced in the Middle East.

Millions have left the Middle East in search of a better or stable life in Europe. Among them, majorly, there’ve been women and children. On top of this chaos, there aren’t democracies that function like one and to this day, in this part of the 21st century refrain from international interaction to ease out the transformational-related issues that have, to this day, engulfed nations like Iraq and Syria, a favourite hunting ground for America’s covert destabilisation strategy, that’s been prevailing for the longest possible time.

Then, there’s Saudi Arabia in the middle of all this chaos. For a country that’s an oil-rich emirate, just much national representation do women get in their lives? Women haven’t really been Saudi Arabia’s key feature in different aspects of life, whether it pertains to professional or academic endeavours. Haven’t they?

Then, in that regard, the sight of a woman representing her gender in mass media and journalism can never be a mainstream feature- can it?

Well, maybe now it can. Maybe, things are changing after all. And what would your reaction be if you were told that for the first time ever a woman in Saudi Arabia got a chance to host or anchor the late-night news show?

Wouldn’t that come across as a real stunner to you? Well, believe it or not, that is exactly what has happened in Saudi Arabia in a major first for the country, especially for the womenfolk. In a major development that’s been trending for nearly the past 24 hours now, a lady called Weam Al Dakheel has become the epicentre of all news platforms, trending not just in Saudi Arabia but also in nations bordering it, with her appointment as the anchor for night news essaying a seismic shift of events from what was until now, largely a patriarchal system of sorts.

America is tweeting about this development and the United Kingdom is discussing this major happening from a land known primarily for its riches and material wealth, and the ostentatious display of grandeur as seen in the lives of the Sheikhs and others.

Weam Al Dakheel made her first public appearance during the night news program aired on a state-run television channel.

Popular Indian media outlet, NDTV also published this news and featured a leading story on its website that read as follows:

“Jumanah AlShami was the first woman to present morning newscasts in 2016. Today history repeats itself as Weam Al Dakheel becomes the presenter of the main nightly newscast, setting a precedent in a historic first for Saudi TV 1,” the channel posted on its Twitter account.

Her appearance drew plaudits on social media, where viewers celebrated the milestone.

Maybe, women are now coming into their own and it’s not at all a bad development, especially from the perspective of a country that’s often remain buried in a scenario where “men call the shots.”