Have you ever wondered on the lines of 5 times where you shouldn’t be dating? Dating, after all, is an important part of life, not some random activity.

Love is the most rewarding feeling that there could ever be. Have you heard that one before? In fact, it may not be entirely incorrect to suggest that few emotions can match the power and meaning of love. Have you ever wondered if there could be a better feeling other than loving someone and being loved in return? Surely, we have all come across phrases like tranquility and bliss and what it means to seek true harmony and true purpose in life.

But the moment you think of the above in the context of love it all seems to fall in the right place. After all, we all need some loving; someone to hold on to or as they say, someone, we could call our own. Isn’t it? But while dating is definitely an important part of life and something you look forward to with unbridled enthusiasm and interest, could it be that there are times you shouldn’t be dating?

Have you ever thought about certain occasions where you’d much rather not date? Let’s visit 5 times where you shouldn’t be dating and try to make some sense of these:

There’s nothing to prove in love. For the simple reason that being in love, in itself, is such a poignant and strong feeling- a moment like few others. But our life, truth be told, is often influenced by the immediate ecosystem we inhabit; and those we choose to form it with.

In that regard, you may have heard from friends or would have experienced how sometimes those who know us brand us a bit of a ‘looser’ particularly at the back of a failed relationship.

It’s not necessary that all of us would have experienced a certain fulfillment in our relationships. At times, things just don’t work out. So you mustn’t try to take strong corrective action or make efforts toward ‘improving’ your image in a bid to get rid of the ‘loser’ tag they associate with you.

In that case, not only would you be doing great injustice to the one you love but may even end up causing self-harm because the better part of your actions would be toward image-cleansing not so much about love.

One of the 5 times where you shouldn’t be dating is if you feel the other ‘completes’ you. While surely, the purpose of love is to seek the divine and discover a certain fulfillment because, let’s face it, in the end, we all seek to fill an emotional void but in the said process one mustn’t burden the other to fulfill our love.

Having expectations are good and a healthy way of growing in a relationship, especially when it doesn’t boil down into a one-way street. But then, only expecting from the other and making the other responsible for every little emotional or for that matter, a physical need of ours tends to subject the individual toward a zone of complexity.

How would you find it if someone depended only on you for every single and small need and in the absence of it not being fulfilled would resort to resentment?

Many a time when we feel we are seeking a soulmate, we are simply searching for someone who can fill in a vacant void or space in life. That’s slightly unfair.

There’s always this thin line of difference between deservedness and a sense of entitlement. Have you wondered about that? It could happen that you end up becoming someone’s cushion of comfort particularly at the back of saving a woman from emotional distress. Or it could be the other way round where a woman rescues you and comforts you at the back of an emotional rollercoaster ride that you’ve been on.

But should that experience be perceived as having ‘earned’ the right to date the other? That would be so wrong, so utterly wrong- right?

At the end of it, it mustn’t be forgotten that life is not a transaction where love is the currency we trade for fulfillment.

You Shouldn’t Date If Life Comes In The Way

Can you ever force yourself to date, someone? Can the other force herself on you? One of the 5 times where you shouldn’t date is simply where life just happens in such an overwhelming proposition that it becomes hard to focus on the other things. The only thing, then that is left to do is to pay attention to things that actually matter or seem urgent.

When you are caught up in the blues, where is the time for love to flower and bloom like crimson red roses?

It may so happen that at a very critical juncture of life you are required to move cities, shift your base out of your comfort zone, relocation to another destination. You find yourself utterly tied up in settling down and getting accustomed to the hitherto unforeseen situation. Where can you find the time to love and expect it to blossom? Let things be. Among the 5 times where you shouldn’t be dating is when life simply happens to you in a way that it leaves you with very little time to focus on such intricacies.

You Shouldn’t Date If You Simply Aren’t Ready

Regardless of how much you might be craving to date or being with someone, at times, just let it be for the simple reason that you may not be ready at all.

So one of the 5 times where you shouldn’t be dating is when you simply aren’t ready.

Yet, we do face a lot of social pressure to get back to the regular things in life, to date, to experience the irreplaceable meaning and joy of dating and being in another’s company.

But then what about instances like a recent heartbreak or a break-up for that matter? These things do take their own sweet course of time before hearts could get repaired and before one could be back on one’s ‘feet’ again.

Why hurry when you are not ready? 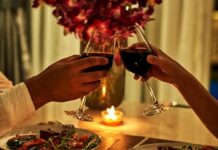 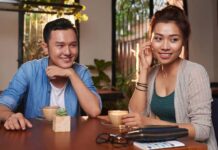