It is important for the human body to get all the required and essential nutrients, in order to function properly. Even if one particular element is missing or is in the lower amounts, it could lead to several problems and affect the functioning of the body. One such thing is Zinc. Many don’t know about Zinc deficiency, yet a larger segment actually suffers from the problem. And, one of the biggest causes of this deficiency is that people don’t know the symptoms of zinc deficiency which ultimately takes them a lot of time to understand and work towards the problem.

Even though, this element is not required by our body in large amounts, but its sufficient presence is definitely a must.

Zinc is used by our body to fight infections and even to produce cells. It plays a vital role in healing injuries and even in creating the blueprint in all our cells, DNA. Zinc deficiency can lead to loss of senses up to some extent, like taste and smell, and even hair loss.

How To Know If You Have A Zinc Deficiency?

How To Treat Zinc Deficiency? – Zinc Rich Foods In India

If there is an excess deficiency then you can get supplements available at nearly all health stores, which contains Zinc in prescribed amounts, just as your body requires it. And, if you’re not too keen on taking supplements then it’ll be better that you go for food enriched with Zinc nutrients. Here’s a list of a few of them:

Having a healthy diet, which includes a variety of nutritious and delicious food items, would be more helpful in increasing the Zinc content in your body.

Also Read: Here Are the Most Dangerous Factors That Harm the Lungs

Why Is It Caused? Factors Leading To The Symptoms Of Zinc Deficiency

1. Lack of Zinc in the diet – Sounds obvious, but it is necessary to have a diet that is enriched with not only Zinc but nearly all essential nutrients.

2. Poor absorption in the body could lead to the loss of Zinc in the body.

3. People with the following chronic conditions are estimated to have a higher risk of Zinc deficiency:

Apart from zinc deficiency, there is also the case of excess of zinc in one’s body which also does a lot of harm and leads to some major problems.

Suggested Read: Seven Tips On How To Strengthen Bones

So, it is important to take Zinc, and other nutrients as well, in the required amounts to make your body function properly. If you’re experiencing any symptoms of Zinc deficiency then change your diet to a healthier and nutritious one. Also, get yourself diagnosed by a doctor once every year or six months to be ahead of any major problem from collating in your body and leading to a much bigger problem in the future. 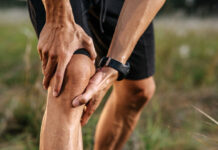 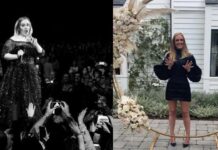