Dentists have finally revealed some foods that spoil your teeth. Time to take control!

Alright, here we go then. Smile, on one, two and say cheese! Just how many times have we encountered the following phrase from a photographer or for that matter- a friend or someone close? We smile, flex the face a bit and show our flowing teeth. Don’t we?

But, just imagine what were to happen to us if, for instance, our teeth did reflect some stale left-overs from the previous day or night’s meal? That just doesn’t sound right in the first place, let alone imagining such a thing. Isn’t it?

Our teeth are to facial beauty what the hairstyle is for the personality. Probably, not many would disagree on that one. But still, it ought to be said, we aren’t a hundred per cent sure as to what is good and what isn’t for our dental health. There surely are certain foods that we are to actually avoid for the sake of our teeth but aren’t probably all that aware. Or are we?

In this light, a few dentists from the West have recently revealed some ‘dental truths’, in regards to the food items that we ought to avoid in order to maintain shiny, sparkling teeth.

Here’s all that you ought to know but probably weren’t aware of:

Amongst the core set of dentists who’ve come forward to make some sensational revelations in regards to one’s dental hygiene is Dr Peter Chuang who shares that the consumables that spoil our teeth include both acidic and hard items that aren’t that good for the fillings.

Let’s take a closer look at what the puzzle finally is about: 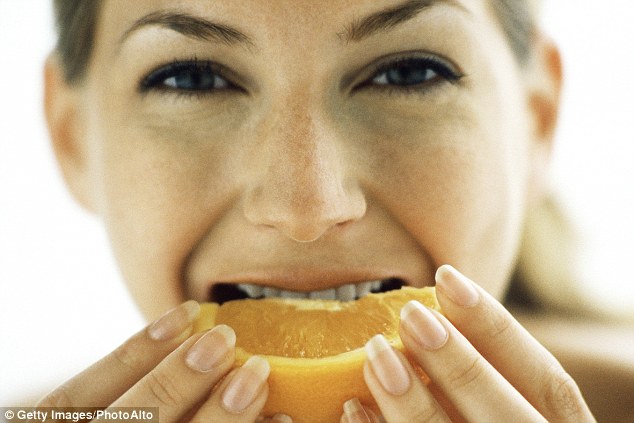 Time and again, despite several deliberations, the concept of which citrus fruit is good and which isn’t hasn’t reached a concerted view. But there’s a reason to believe that the basic citrus fruits one can find in just about any household- water, orange or grapefruit may not be that good for oral hygiene.

In a discussion with the famous Women’s Health magazine- Dr Chuang has shared- Oranges and other citrus fruits such as lemons and grapefruits contain high levels of citric acid, which can lead to an increased risk of enamel erosion and teeth sensitivity.’

Consuming your favourite bowl of pasta on a certain occasion isn’t that much of a worry, truth be told. So where’s the concern then, one might ask?

The concern is, however, when the pasta is laced in Napoli or tomato sauce, as both of these ingredients are highly acidic in nature.

The shocking point, however, is that, while the world is in much love with these for the longest time. Probably, now’s a time to be more careful and here’s another wisdom in regards to pasta sauce that you may not have known. Canned tomatoes that are typically used to make pasta sauces are high in acidic value- it’s a total no-no for teeth!

Probably, opting for a normal sauce base- such as olive oil is a good alternative.

In case, you were wondering that foods with acidic content are the only ones to be careful about, then think again. Items such as popcorn are a bit too crunchy as probably, everyone knows and can cause what is known as ‘tooth fracture.’ This lovely snack, however, contains unpopped kernels which are among the popped ones and these bear direct risk at the teeth.

Probably, this is a rather surprising addition in the list that may have caught everyone by surprise.

Alright, here’s another surprising one. Some people have a flair to gorge on ice, they just like to bite it down. It’s probably as harmful to the teeth as is the habit of constantly tugging at a lollipop. A pretty straightforward one.