Fruits and vegetables. These are two of the healthiest and most popular items on any menu or culinary aspect one can spot around. Generally speaking, most tend to swear by them. Others, tend to develop a regular habit of incorporating fruits and vegetables in their daily diet. It’s something that you’d much rather have than avoid given the dollops of goodness and nutritive value associated with both. Many, who might initially be happy to avoid either or both, tend to develop a habit (of having the same) at some point in life where the ills of eating junk and unhealthy food pave the way for a healthy habit.

But it must also be said, making space for fruits and veggies in each of the three meals a day is also a wonderful idea to ensure healthy intake of food, one that can be hand sans any guilt.

But that being told, what are the tricks through which one can increase the shelf life of fruits and veggies, both of which are sold fresh, and are also meant to be had fresh?

Let’s discover some tricks to increase the shelf life of fruits and veggies?

Avoid storing tomatoes in the fridge

One of the best tricks to increase the shelf life of fruits and veggies is to follow a rather simple process for the tomatoes. The tomatoes are the veggies that we end up using inadvertently every day in some meal or the other.

Some simply like it in the salad, others like their tomatoes to form a strong base in different vegetable dishes. Some even like the tomato as the base of a chutney.

But what we must remember at all times is to not store the tomatoes in the fridge. By doing this, we would end up storing tomatoes in a state where they lose their natural flavor and texture. So that must be avoided.

Although the process may sound a bit uncanny up first but it’s anything but that.

All you got to do is to store apples and potatoes together. It’s a scientific fact that apples release ethylene gas, a sort of gas that can increase the lifespan of vegetables. And that is how potatoes can be looked after.

Do not cut lemons in half

A standard practice around the world as seen in the kitchens everywhere is to cut the lemons in two halves. Most people go that way to squeeze the juice out of them. But up first, it’s cut into halves. But do you know that among the tricks to increase the shelf life of fruits and veggies is to avoid exactly this same practice?

The best way to make the most of a lemon is to make a hole by using a fork and squeezing out the juice from the whole.

This simple act increases the longevity of the lemon and it can then be used longer.

Carrots should be stored in water

You may have seen the famous Looney Tunes character Bugs Bunny having carrots. But that’s for a reason; it’s for the sheer nutritive value that one of the healthiest vegetables provides.

One of the tricks to increase the shelf life of fruits and veggies is to take care of carrots in the sense that the ideal practice that can preserve the veggie in a state that keeps moisture at distance.

These are veggies that shrivel and dry out, something you’ve got to avoid. Therefore, the ideal practice is to store them in a container full of water. This could be later covered with a plastic wrap and stored inside the refrigerator.

Berries should be washed with water

One of the important tricks to increase the shelf life of fruits and veggies is to look after the consumption of berries.

Care should be given to wash the likes of strawberries, blueberries and other kinds of berries with water and nothing else. In fact, they could be washed with a mixture of vinegar and water before one decides to store it inside the refrigerator.

The ideal way is to wash using one part vinegar and three parts water. Washing them with water helps in maintaining the original flavor of the berries. 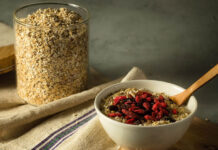