Ganesh Chaturthi is here and you know what that means, right? India as a country is obsessed with festivals and food that comes with it. Every single festival has something unique attached to it which creates this enthusiasm among people about it and get everyone excited for trying it. 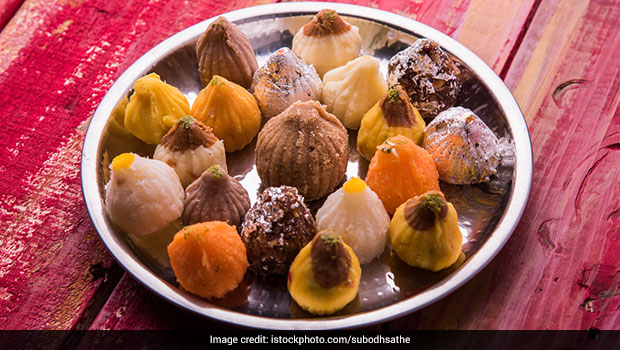 Modak is basically the second name for one of the best Ganesh Chaturthi delicacies that everyone should absolutely try during this time. Mithai shops start having these some 15 days before the whole Ganesh Chaturthi fiasco starts and it sells like the hottest thing on the block, which it is. Modak is said to be Lord Ganesha’s favourite sweets to devour on, so, it’s normal to have it for Prasad for the next 15 days of Ganesh Chaturthi.

Another must have Ganesh Chaturthi Delicacies are Motichoor Laddus and another favourite of Lord Ganesha. Every idol of Ganesha can be seen with motichoor laddus in his hands, so it’s just as mandatory as it can get to eat one of these.

Because Maharashtrians celebrate Ganesh Chaturthi like no other, one of their dishes has gathered a huge popularity among others and became one of the best Ganesh Chaturthi Delicacies to try. Puran Poli is a kind of sweet bread that is made with maida, jaggery, chana dal and lots of ghee.

Because Lord Ganesha also loved Bananas a lot, Banana sheera has been a mandatory delicacy to try over Ganesh Chaturthi. It’s also a very common offering to Lord Ganesha and is made of mashed Banana, sugar, and semolina. For all my friends from the North, consider it to be Banana flavoured Sooji Ka Halwa.

Nothing can go wrong with Shrikhand by your side. Made from strained yogurt, Shrikhand is popular in Maharashtra and Gujarat and is an absolute must try Ganesh Chaturthi delicacies. Apart from having a plain and simple Shrikhand, you can also go for various fruit flavoured ones, that are equally tasty and amazing to have.

So, by the end of it, we have realised that almost every must try Ganesh Chaturthi delicacies are sweet and that Lord Ganesha absolutely adored sweets.