We are all fans of energy drinks. The very phrase energy drinks contain some recklessly charming hold of an energy or vibe that attracts one to it. Isn’t it?

Have you ever felt something like it? The beverages market, in particular, the stills or sparkling beverages market is flooded with the energy drinks. They are all over. It’s like a hot model painting the town red.

Energy drinks are sort of hard to ignore. There’s no clinically backed reason to have some actually. No doctor would ever suggest, “hey, have your energy drink if you wish to or if you are feeling down.”

Have you ever come across something as random or vile as that? Probably not, right? Yet, we are attracted to the fuzzy shot of energy we seem to derive from gulping down some acerbically tangy taste. What’s your take on that?

In fact, so implicit is the value of energy drinks today that they are a central tenet of modern Formula 1 racing. Can one possibly imagine the pinnacle of Formula 1 racing without an Infinity Red Bull Racing team? They are backed by and supported financially by arguably the most famous energy drink in the global market.

Now, where the health experts and nutritionists stand, there seems to be a red flag in the consumption of energy drinks. Possibly this is a warning that none saw coming nor anyone would’ve guarded against.

Where the current research stands, it appears that there happens to be a direct link between drug-usage and energy drinks. Can you believe that? Simply, calm down, because what you read is absolutely right.

According to a news research published on famous news portal- News 4 San Antonio, the following claim was made which got everyone perturbed.

Dr Jackson, and a team of professionals have been researching adolescent energy drink consumption for years.

Apparently, a number of school students have been made a part of this said study and the students who were contacted were studying in both 10th as well as 12th grade. The data gathered on the above lines began in 2010 and the said study lasted till 2016. Well, that’s 6 years of doing a painstaking research on a vital subject, one whose immediate repercussions bear a direct relation to many young lives on the planet.
In regards to this said matter of study, Dr Jackson has warned of something that was hitherto rarely heard of.

“Are energy drinks drugs?” we asked Dr Jackson. “I think you could definitely classify them that way,” Dr Jackson replied. The more one’s propensity to consume energy drinks, the more their risk to become a potential victim to a possible drug-consumption habit.

Well, actually, the worrying thing is, is that even energy drinks can be addictive, the same way drugs like cocaine or marijuana can turn out to be. A number of parents were contacted in regards to this study and they rightly revealed that they always discourage their children to consume energy drinks.

These parents aren’t any pro-energy drinks, truth be told. Now that there’s a proper research explaining the cons of the habit, it’s not hard to understand why. Isn’t it? 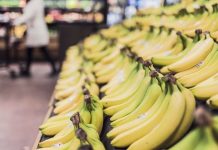 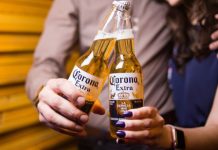