Top 5 Richest Families in the World

The families that reach the top of richest families in the world are financially chiseled, even though the popular saying that family fortunes are often squandered in three generations. The fact that it is not easy to keep prosperity in the same clan for generations has already shown leading families with names such as Pulitzer, Vanderbilt and Woolworth.

We compare the enormous power that the 5 clans represent with the market capitalization of Apple, or with all deposits of Citigroup together, or with the total gross domestic product of Indonesia, and it is always more.

Some of the very well known Rich families are not included in the list of Richest Families in the world and here is why:

The financial journal states that their assets are difficult to calculate. The wealth of world-famous families like the Rothschilds or the Rockefellers is too scattered to put an end to it. Many dynasties have also packed their fortunes over the years in such a way that their true size is very obscure. Also, families who derive their wealth mainly from state resources, such as the royal family of Saudi Arabia, are also not included in the list.

Technological gurus Bill Gates and Mark Zuckerberg are also excluded, because they chose to enroll in Warren Buffett’s Giving Pledge, which means that they donate most of their prosperity to philanthropic purposes.

Those who are on the list of Richest families in the world are these 5 families: 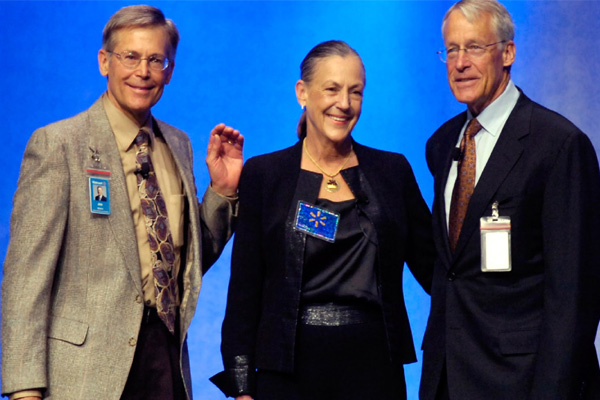 The Waltons are owners of the world’s largest retailer, The Walmart. The chain guarantees an annual sale of around 500 billion dollars divided over 12,000 stores worldwide. The family capital covers three generations and has been building since 1945, when Sam Walton bought his first store. His eldest son Rob represented the second generation. Today his grandson Steuart Walton is on the board of Walmart. This makes the Waltons top the list of richest families in the world and beats the Second in the list by at least 50 Billion Dollars.

The four brothers Frederick, Charles, David and William inherited the oil refinery from their father Fred Chase Koch. Quarrel caused Frederick and William to leave the family business in 1980. Today, the annual turnover of Koch Industries is about 100 billion dollars.

As a child, Frank Mars, born in 1883, learned to dip chocolates by hand. It later led to the world-famous brands M&Ms, Milky Way and Mars. The total Revenue generated is more than $35 billion, more than half of which comes from animal care products. The company is completely in family hands.

The collective business of the three Belgian families dates back to the fourteenth century. The Van Damme family joined in 1987, when Piedboeuf and Artois merged into Interbrew. This merged with the Brazilian company AmBev to InBev in 2004, which in 2008 married Anheuser-Busch again. Hence the current name of the company: AB Inbev. Confusing, Right?. They are the World’s Largest Brewers.

It is the merit of the Frenchmen Jean-Louis Dumas (who died in 2010) to make Hermes a global player in the luxury fashion sector. But the company goes back to Thierry Hermes, who started in 1837 with the manufacture of driving equipment for noblemen. Its a 181 Year Old family business.

It would not be hard to imagine that these richest families in the world have been together for a very long time. This somehow proves that sticking together as a family does not only bring happiness but good fortune as well. In their case, tons of fortune that keeps coming in for a very long time.