Macs security compromises to an virtually undetectable virus which can not be removed. 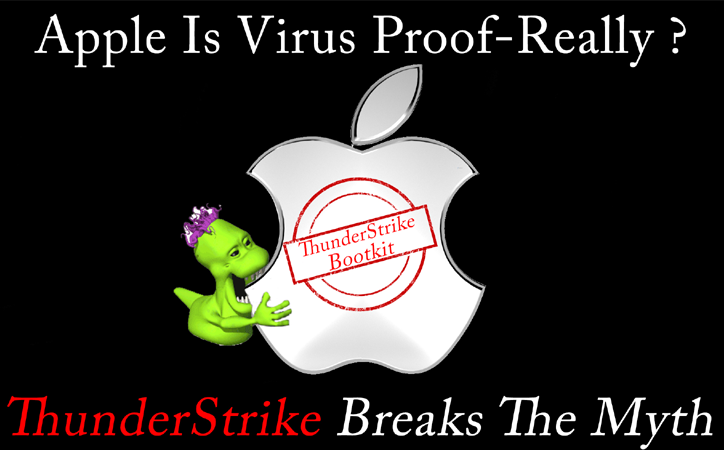 It can easily  be installed using a modified Apple gigabit Ethernet Thunderbolt adapter.He created the Firmwire worm  after his Boss asked him to look into the security of Apple notebooks.

This Firmwire worm that infects the option ROM.

Trammell Hudson discovered that he could use a modified Apple gigabit Ethernet Thunderbolt adapter to carry out the attack that can be caused by the Firmwire Worm .And once it is on your Mac iOS system. It is incredibly hard to detect or remove it.

This Firmwire works below the level of security checks available through the various antiviruses. It is a the best place to hide the malware ,that is the reason it can not be detected easily but it harms your system , slowly but effectively. The only way to eliminate malware embedded in a computer’s main firmware would be to re-flash the chip that contains the firmware.

This kind of malware has never been created before.

Hudson says , it is effective against every MacBook Pro/Air/Retina with Thunderbolt and It’s really hard to get rid of “.

Good news is that Apple is working towards an Update that will prevent the Mac system from this new found virus .