First things first. Let there be no miscommunication or confusion in any sense or regard in this matter. The job of an airline is to make people travel and undergo air travel. The job of an airline, it can never be disputed, will be to make passengers travel across the world and make them see places they either may never have been to or are habitual of traveling to. This is how it will be, one expects, for as long as one possibly can imagine.

Similarly, the job of a restaurant is to feed people. The main constructive activity is eating and the preparation of that food. That is also going to not change for time immemorial. No confusion about this, too- right? So can it ever be that the two entirely divergent activities converge?

Would an airline become a restaurant or to put it slightly differently, would a restaurant make passengers fly or go mid-air- we don’t see any sense in that- do we?

But then what if you were told and with great, absolute confirmation that this sort of melange actually happened? Wondering how and who did this?

Those sorts of things fundamentally seem an apt fit for toon books and stuff that seems to fit well in a pantomime set- right? But for real, as surprising or bewildering that this may seem, there is an airline with a restaurant.

And truth be told, this airline with a restaurant of its own is none other than Air Asia. More details at this immediate point in time suggest that low-cost airline Air Asia has actually opened its own restaurant with an interesting quirk.

The catch is that you don’t practically have to be in the air, or flying in order to taste the food. The restaurant menu comprises of the food that the airline serves its guests as a part of the meal menu.

Now, what’s dramatic and interesting to note in this regard is that this airline with a restaurant shared that there exists a great demand among enthusiasts who are quite taken in by its “on flight” menu. Now that’s particularly intriguing that there actually are quite a lot of individuals who enjoy a taste from what can one say, let’s contend with-unconventional spaces!

That said, the airline with a restaurant of its own is actually a pretty new development and in some ways, a first of its kind step.

Air Asia opened a restaurant in Kuala Lumpur, Malaysia where on Monday, it cited “a significant appetite for our in-flight menu offerings beyond our flights across the region”

Elaborating more in regards to this development, Business Insider shared-

The airline, which this year was ranked the world’s best low-cost airline for the eleventh year in a row (11th) said there was such demand for its “in-flight” food that it decided to open a physical restaurant in the Malaysian capital of Kuala Lampur.

Santan – which is also the Malaysian word for coconut milk – offers the same meals that are on the airline’s flights. These are actually typical Malaysian meals that include- Nasi Lemak, Satay Skewers.

All of that said, there is more the wonder that is Air Asia airline with a restaurant of its own: it is confirmed that the airline offers more than what most passengers can expect. So what does that mean?

This means that the passengers who come to the restaurant can also get to eat staple and popular Cambodian meals, including some that also hails from The Philippines.

Buoyed by the impressive spate of development, the CEO of the entire concept also happened to share that their dream is to have a restaurant at the famous and irreplaceable Times Square one day! 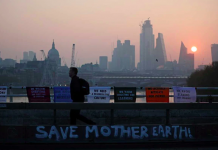