Woman In Alwar Killed To ‘Save Rajput Pride’

Rajput Pride was all over the Internet and news sometime back, all thanks to Sanjay Leela Bhansali’s Padmaavat. The movie ignited a fire among the Rajput community that was more than anything the country expected and could come to terms with. Before the movie was officially released, the community vowed that their women would commit Jauhar in the theaters and thousand other instances/threats like this.

All of this was done in order to protect the Rajput pride that was somehow punctured by Padmaavat which was based on a poem about Rani Padmavati, her husband and Mughal emperor Alauddin Khilji.

Rajput Pride was once again pushed under the bus when a woman in Alwar, Rajasthan decided to work in a plastic factory, all to help his husband in running their household and getting their kids educated.

Identified as Usha Devi, the woman was hacked to death by her husband’s uncle Mamraj Singh, 62. Singh was the older brother of Usha Devi’s father-in-law and self-proclaimed flag bearer and leader of Rajput Pride.

On March 15, in full public view near NH-8 at Shahjahanpur in Alwar, the 33-year-old Devi, a mother of two children, was hacked to death allegedly by Singh. According to police, Singh killed Devi because he felt that a woman who works is “going against Rajput pride”.

Usha Devi, the mother of 15-year-old Tanuja and 10-year-old Dheeraj was an extremely hard-working woman. As told by her neighbors, to The Indian Express, Devi wanted her kids to study and get good jobs. “She used to wake up before 5 am and go out to collect firewood so that she could prepare food for her children to take to school. Around 8 am, she would leave for the plastic factory and return only after 6 pm,” says Devi’s elder sister Beena.

Mamraj Singh didn’t approve of Devi’s work. “Around 4-5 months ago, my uncle tried to stop my wife from going to work and she beat him with her sandal… I had roughed him up, too. But we never thought he would kill her. I had warned her once after I saw him following her,” says Mukesh (Devi’s husband). 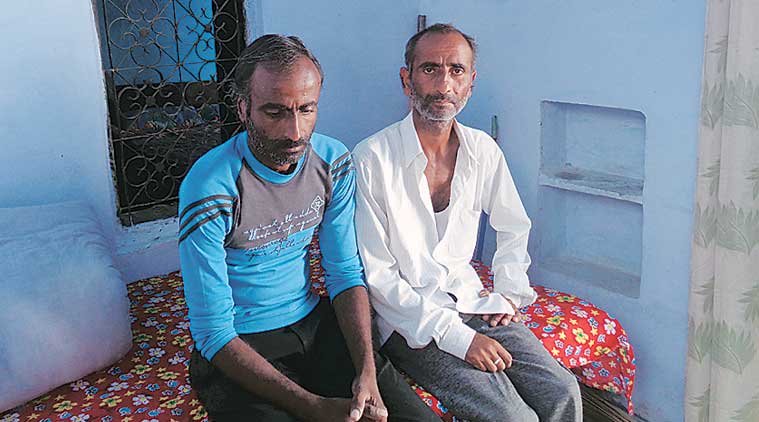 What is called out to be further appalling than the murder in itself is the place where the murder took place. The site is few yards from a bustling highway, amidst automobile shops and tea stalls. On March 16th, the police captured Mamraj Singh from the hillocks nearby and he is now in judicial custody. Police have also recovered the murder weapon, a sword that Singh claimed to be a family heirloom. Police say Singh hasn’t shown any trace of guilt. “He said that he committed the murder because it is against Rajput pride for women to work. What is even more shameful is the fact that the murder was committed in a public place but nobody helped the victim,” says Surrender Malik, station house officer, Shahjahanpur police station.

As much bizarre and appalling the news seems, it isn’t. Millions of women in India are pushed into just being a housewife, no matter how much they want to work or their household needs them to. This is the culture that was once followed by our forefathers and no matter how relevant or irrelevant it was once, things have changed now.

“That man (Singh) didn’t have any money and did odd jobs but yet would talk about Rajput pride and how women shouldn’t work,” says Devi’s father Omveer Tanwar. “I lost my daughter because of this belief.”

Due to this sick mentality, to uphold once culture and community above someone’s life, Devi lost her life, her kids lost their mother, her husband lost his wife and her parents lost their daughter.