This Video Explaining How ISIS Brutes Fed A Woman Her Own 1-Year-Old Son Is Making Us Question Humanity!

We live in a world where we consider survival as our foremost principle. We have reached a point where we can actually eat another human to survive but doing it within restraints is one thing and being forced to do so is nothing less than a spiteful action.  As much as I want to believe that the world would understand that saving humanity is important of all for our better future, such cases flash in front of my eyes and regret taking birth in this world.

So much has been said and done in the name of world peace but we can’t ignore that there are some militant outfits and groups that leave no stone unturned to tear our soul apart as they literally are determined to bring hell on earth in the name of various religious beliefs. We all know that no religion approves of inhuman acts but these monsters donning human skin and flesh, advertise their wrathful acts as the serving of the god but actually, they do it for their own pleasure because what this case tell me, no person who has a heart could do it.

We have known how brutish ISIS monsters are and they have been doing murder, rape, torture and abuse in the name of their own religious propaganda. But I bet that you never heard of something like this about these evil people before.

In a recent interview that is horrific enough to shatter your soul, MP Vian Dakhil from Iraq revealed the terrors of ISIS people, she disclosed how they fed a Yazidi sex-slave her own 1-year-old son and we couldn’t believe our ears.

Dakhil stated the incident on an Egyptian TV channel, Extra News where she explained this inhuman act and the details have had us shattering into tears like the host of the interview. 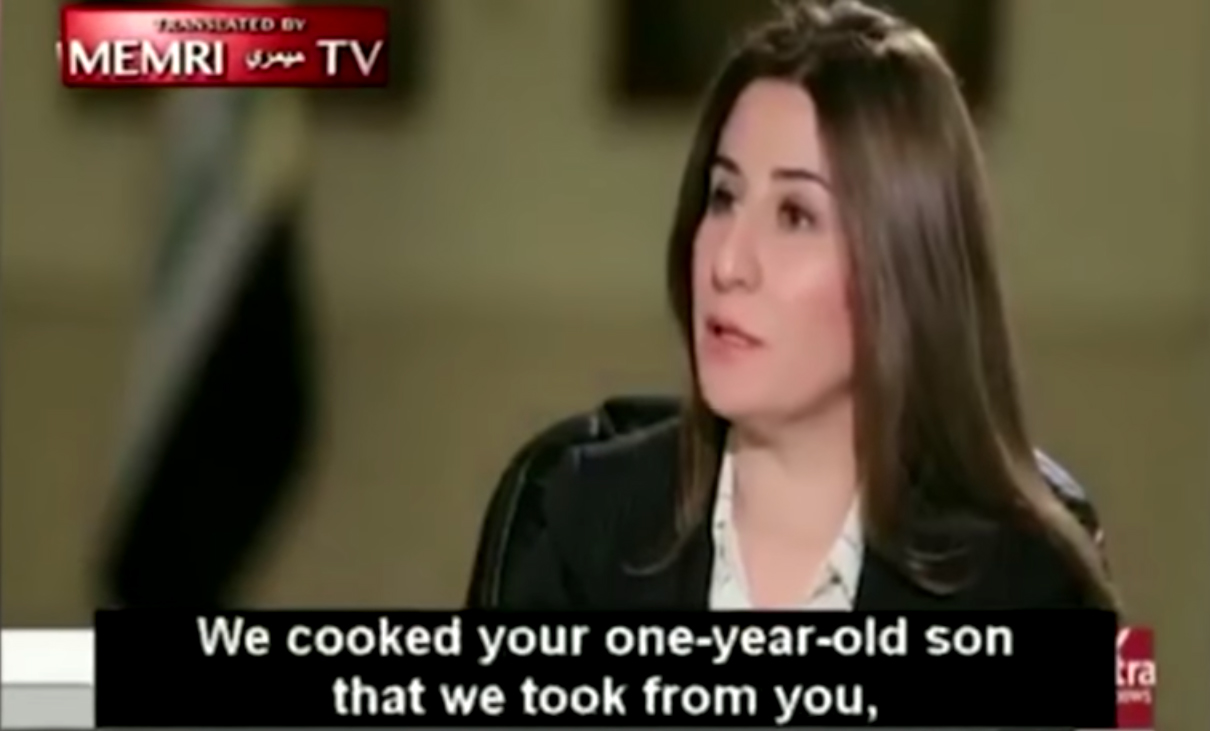 After starving for three days they bring her a plate of rice and meat and after she ate all of it, they dropped the bomb stating that what she ate was her own one-year-old son. 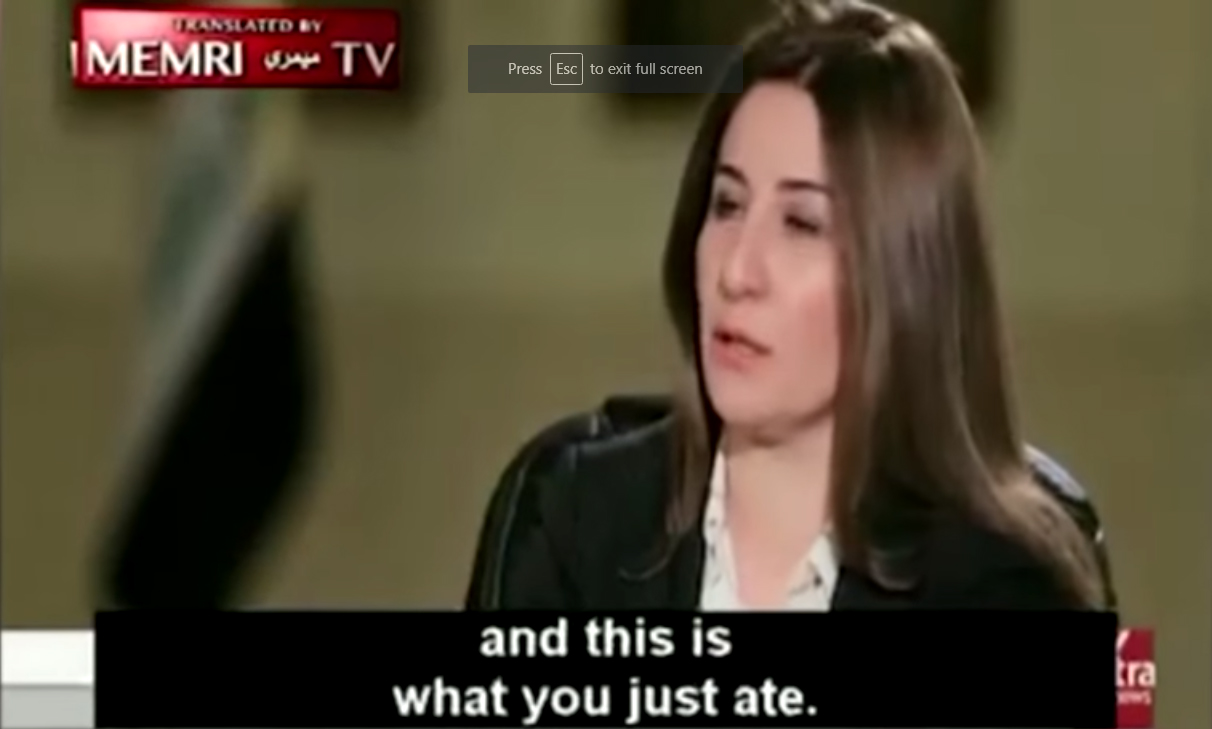 There was another incident where a 10-year-old little girl was raped to death in front of her father and sisters. 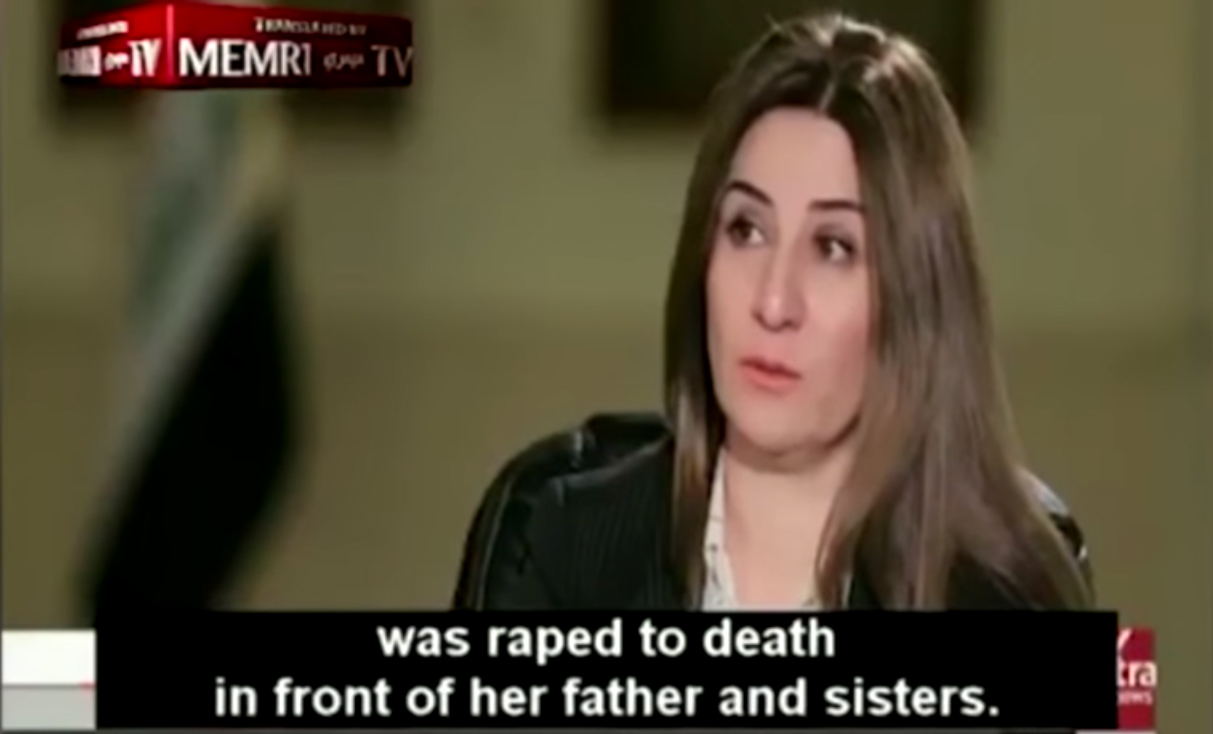 Both these cases are sound like the doing of some swines who have just lost their minds and probably have already sold their soul to the demons.

I don’t know about you but knowing that people are capable of doing so, is going to haunt me every second for entire my life. It’s high time that we stand together against these vicious creatures who don’t even deserve to be called HUMAN.