These Are The Republic Day Facts That Every Indian Must Know

On every 26th January, India celebrates Republic Day which is the day when the Constitution of India came into action in 1950 and replaced the Government of India Act of 1935. Republic Day is not only celebrated as a National Holiday but also comes with a grand military parade, at the National Capital of India New Delhi, which is also accompanied by tableau from all the states in the country. Various school kids give dance and musical performances for the Prime Minister, Chief Guests and other important ministers as well as prominent figures of our country.

Apart from the celebrations, National Awards (Ashok Chakra, Maha Vir Chakra, Param Vir Chakra and Vir Chakra) and bravery medals are awarded to soldiers of the armed forces (or their family members), students in school and common people. The celebration is one of the most anticipated events in our country which is also organised on a set theme. The themes of 69th Republic Day celebration are Skill India and Beti Bachao. 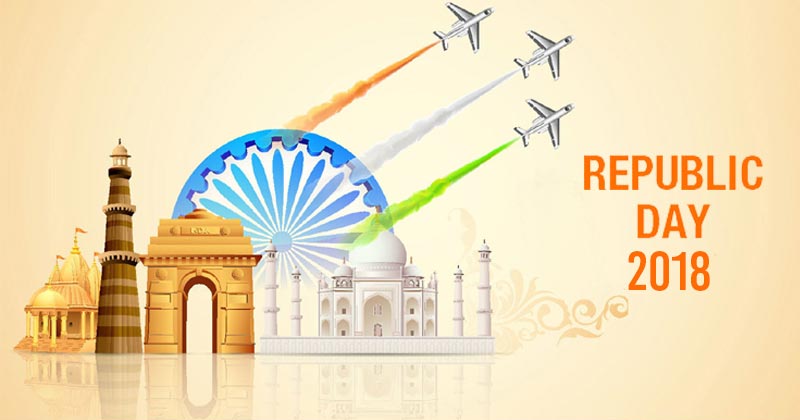 On this 26th January, we decided to gather some facts about the Republic Day and our National Flag as well as some facts about our armed forces, that are worth knowing for everyone in the country.

1. The first Constitution of India was not printed but calligraphed and handwritten in both English and Hindi.

2. Dr Bhim Rao Ambedkar drafted the Constitution of India and it took him 2 years and 11 months to do so. It’s also the longest constitution in the world with a total of 448 articles.

3. 26th January was selected as the day to introduce the Constitution of India because earlier, 26th January 1930 was celebrated as Purna Swaraj Day and it was the day when India decided to fight for its freedom from the British Raj.

4. The National Flag of India was designed by Pingali Venkayya who was an agriculturist and a freedom fighter.

5. As per law, the National Flag can only be made of Khadi which was made popular by Mahatma Gandhi and the right to manufacture the cloth is held by Khadi Development and Village Industries Commission.

6. Abide With Me, a Christian Gospel, is played at the Republic Day Parade and it’s believed to be one of Mahatma Gandhi’s favourite songs.

7. The Ashok Chakra in the middle of the flag represents the Laws of Dharma (righteousness).

8. The Republic Day celebration is a three-day long event which ends on 29th January with the Beating Retreat ceremony.

9. The first Republic Day parade at Rajpath was organised in 1955.