Home India A Spanish Nun Who’d Been Serving The Poor For 5 Decades Has... 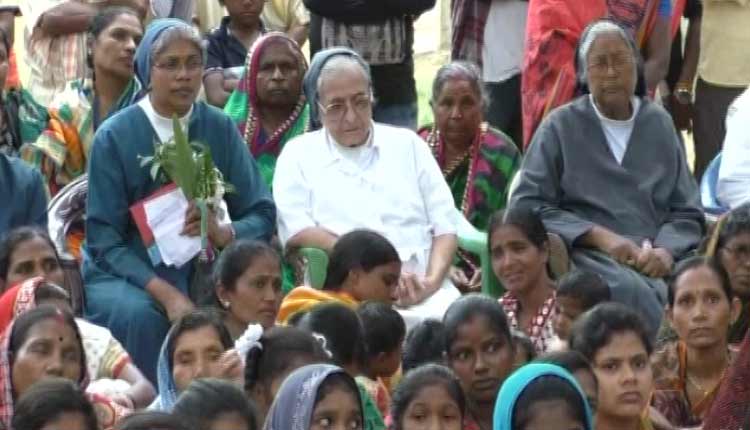 Why was the Spanish nun asked to leave India, despite being someone who’s given her life almost entirely to the poor?

Around 280 kilometers away from the urban space of Bhubaneswar lies a relatively remote and not very popularly-known principality called Aliganda. The place is just slightly better than being an out and out village.

It’s stifled with a complex muddle of modern infrastructural problems that concern themselves with physical and technological laggings. The mobile network is somewhat patchy but the problems don’t just end there. The roads are poor and therefore, the commuting is an everyday hassle.

Residents, not many in any way, await piped drinking water on a daily basis. But if there’s an aspect where Aliganda beats its peers, then it’s down to Health and Education. And much of it is down to the Spanish nun (who’s been) asked to leave India, having been given a notice of 10 more days.

Aliganda has been, sort of revived, all thanks to the sterling efforts of a hitherto unknown Spanish nun, who’s known by the name of Enedina Costilla, a special soul by all means.

The place has about 4 schools and also happens to have a dispensary that caters to all the locals for free, not charging them a penny. All of this work is down to the spirit of one woman who desires to serve the poor and the downtrodden.

In fact, to say that Aliganda has its own Mother Teresa in Enedina Costilla, who happens to be 86 years of age, won’t be vaguely incorrect. The elderly Spanish national has given five decades of her life toward absolute service to the poor, without ever wanting anything for herself in return.

Particularly, from that perspective, that this is someone who’s spent a majority of her life toward the betterment and upliftment of the other is something you want the person to be revered and respected for.

But at the same time, the treatment being extended to this noble soul, it has to be said, is far from anything polite or courteous you would think. What exactly happened to the Spanish nun is that just a few days ago, the Centre denied her a visa extension.

In addition, it would give her 10 days and not more to leave India. Sadly, this is a country she dedicated her entire life to. What’s implicit in the plight of the Spanish national is the fact that at a time she could’ve chosen just any place to settle down in India, she chose a drought-afflicted region to work toward the welfare of the others.

And here she is.

Despite spending five decades of her life, do the math and see for yourself (5 decades is a pretty long time, just try to wrap the brains around that figure), the Spanish nun has no option but to leave India, thus abandoning those she had befriended for an entire lifetime.

What’s most inspirational is the fact that Enedina Costilla was working in a region that’s not too far away from the Maoist-affected areas.

It’s believed that she first arrived here way back in August 1971. It’s a widespread belief that after taking her medical training in Madrid, the nun arrived in a conflicted Indian region to help others all thanks to her specialization in the treatment of TB.

There’s hardly a surprise that to most, she is a savior. But prior to arriving in Aliganda, the Spanish nun also worked in the Ganjam district and had mastered the Odiya language.

Truthfully speaking, this is a huge loss for the country. And to an extent, it may not be wrong to say that she deserved something better in the light of her constant, persistent efforts.