Celebrated author Saadat Hasan Manto is one name that everyone even remotely close to Indian literature, would know about. Known for being the man who wrote what he saw and speak what he thought, Manto’s work is considered crucial for the state that we live in and for the formation of two different countries, India and Pakistan.

His work not only resembles the man that he was and the thoughts that he had but also the places that he lived, once one, then separated. He had an undeniable love for words, sentences, and Bombay, all of which transpires to his stories that have brought him both fame and defame.

He was someone who valued honesty over anything and that is also the reason why he holds on to it, no matter what the consequences were. And as we love him for the transparency that he had in his work, there was a time when he was absolutely hated for doing it. Authorities kept banning his work deeming it obscene and kept slapping cases against him for his vulgar objectivity and his lack of consistency. All of this was happening while he was feeling homesick for a world that he left for another one. Once living in Filmy Bombay, Manto migrated to Lahore, Pakistan and he didn’t shy away from writing about his pain for leaving.

There’s so much that one can know about this man, though some of the best ways to know about him would be through his work or through Saadat Hasan Manto quotes.

1. He is famous for writing stories as they were and for not leaving out anything in them, even the gritty and dirty aspects of them. 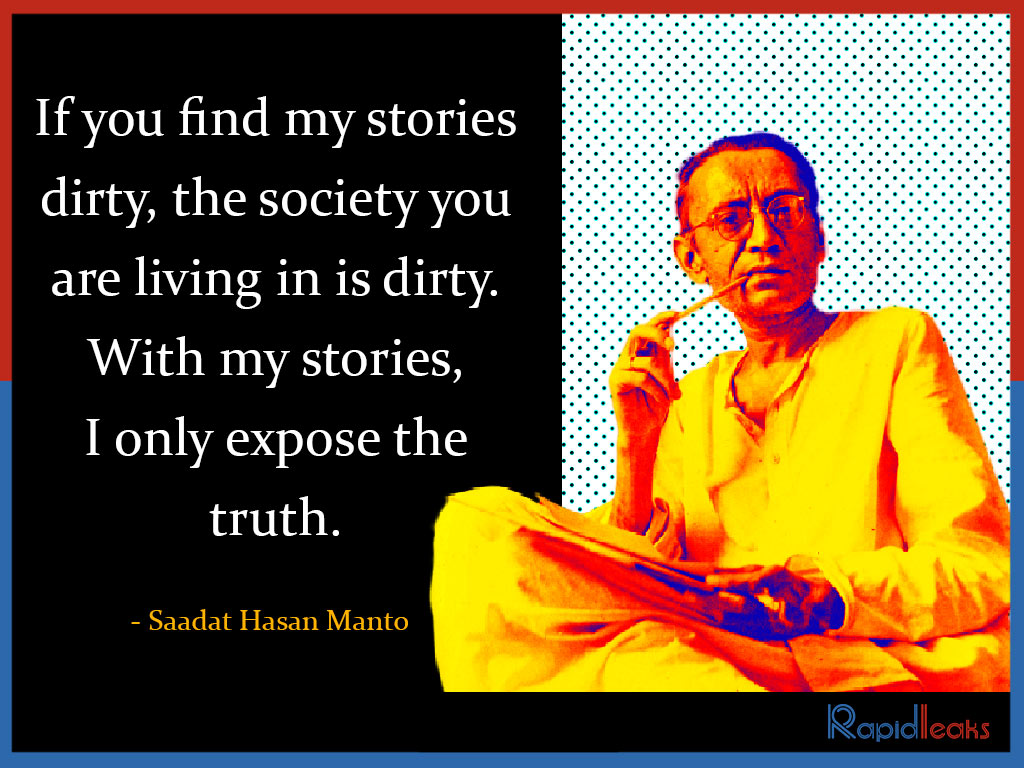 2. Putting words to the feeling we all go through and are still going through. 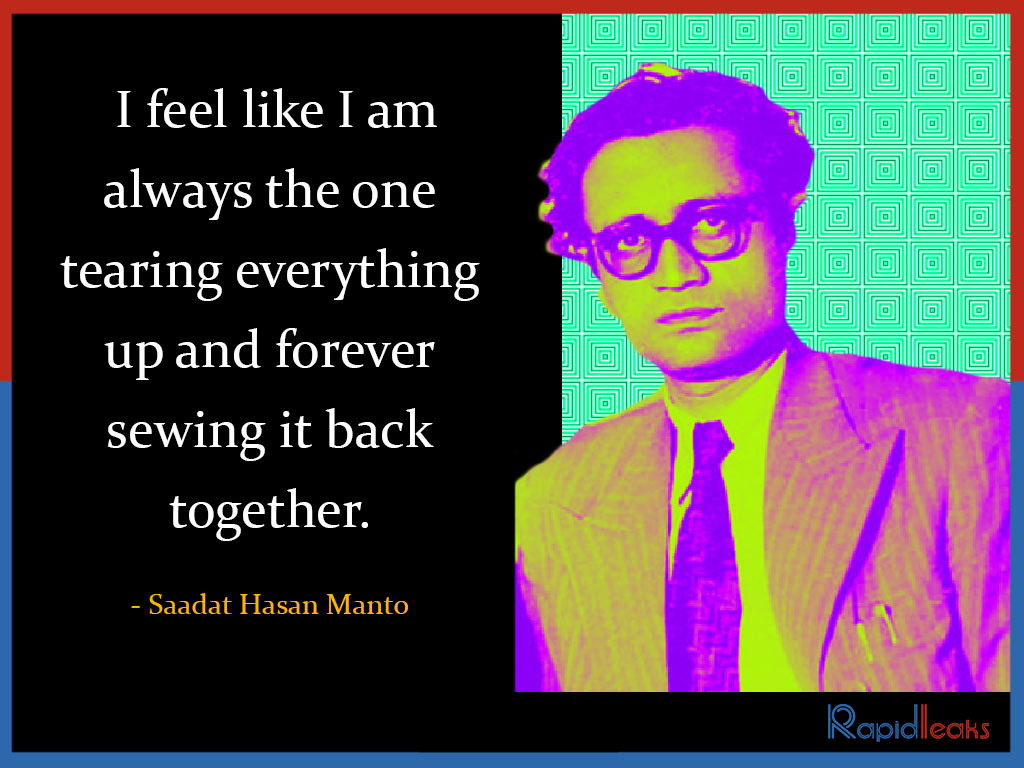 3. This stands so true, considering Manto is something we still love and vouch for. 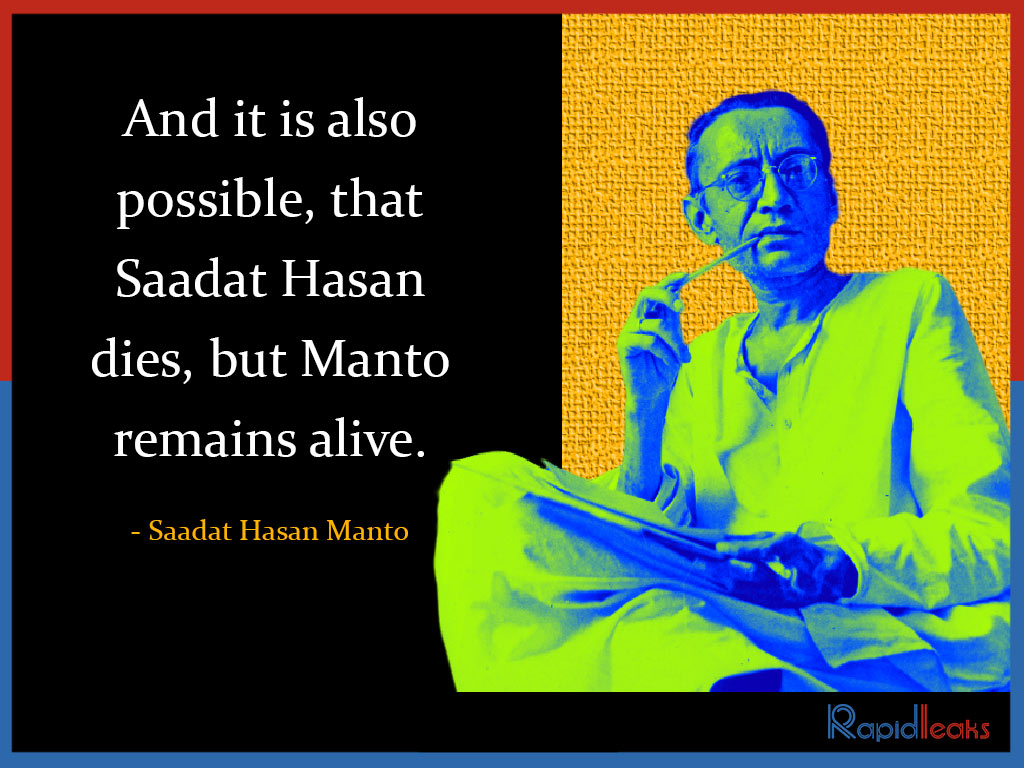 4. In short, everyone is sad, no matter how much they have to cover that sadness. 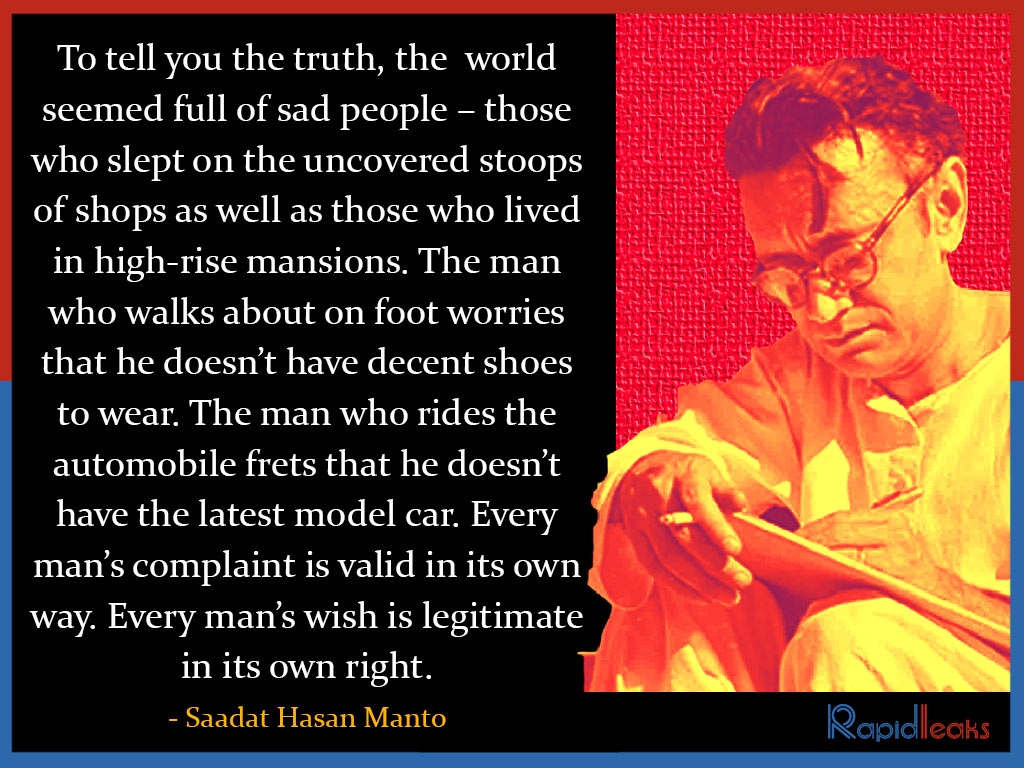 5. Just the way he expressed his feeling is certainly commendable. 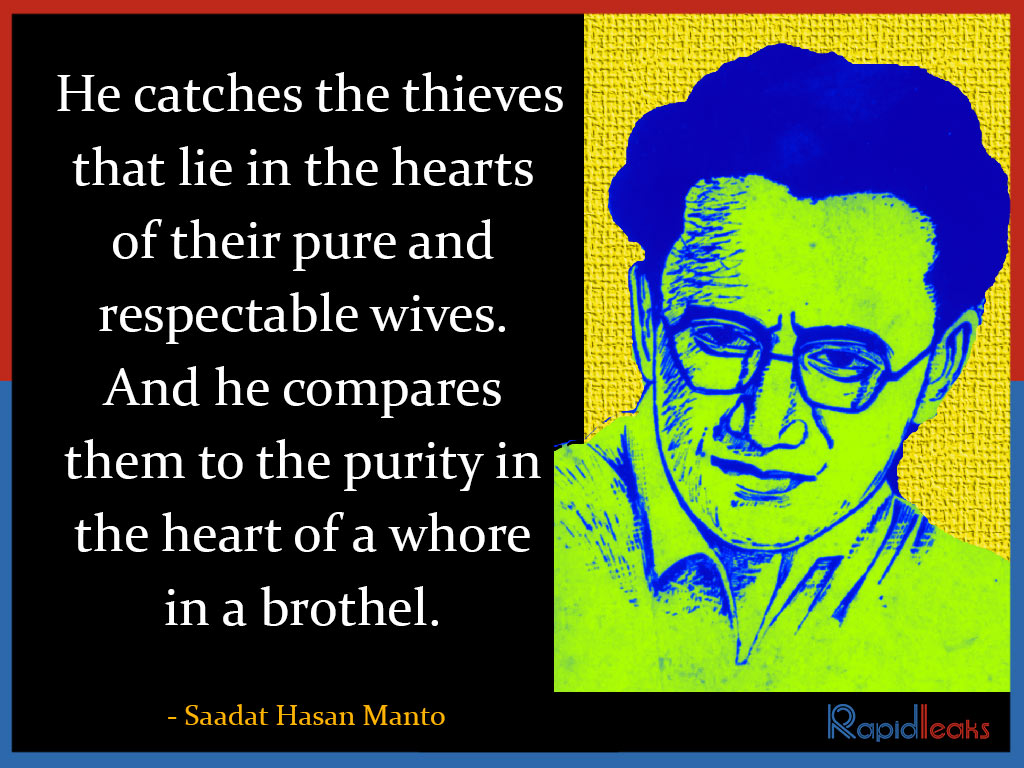 6. He often wrote about war and partition since he was surrounded by it at all times. 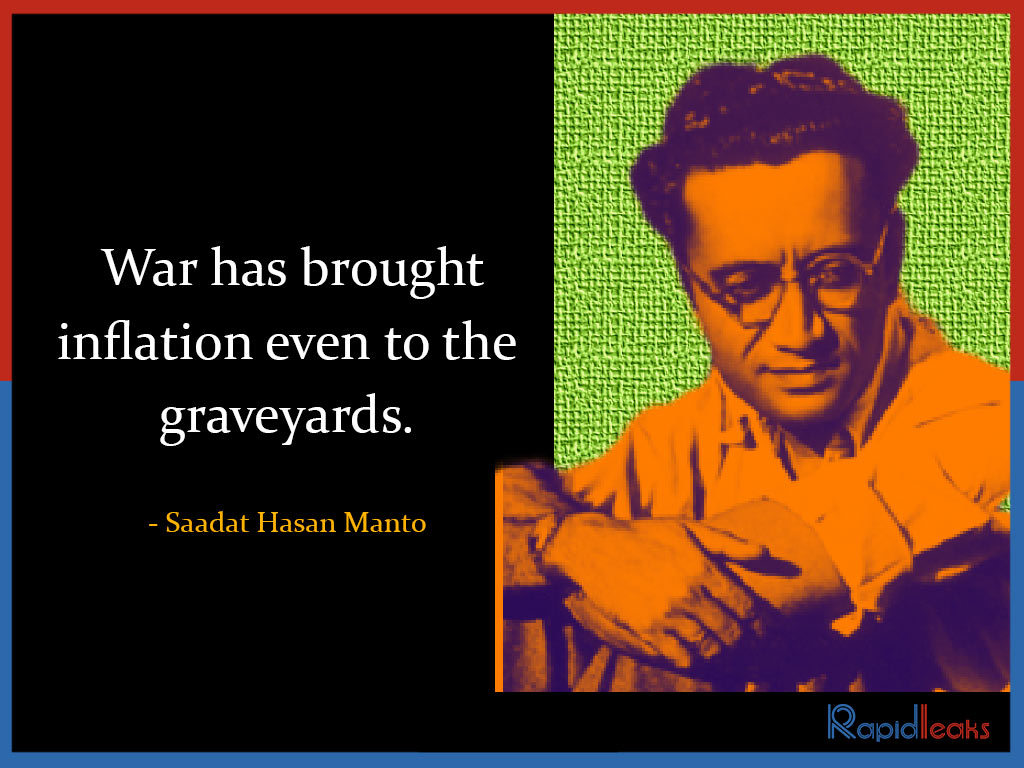 7. Again, spilling the truth as it is. 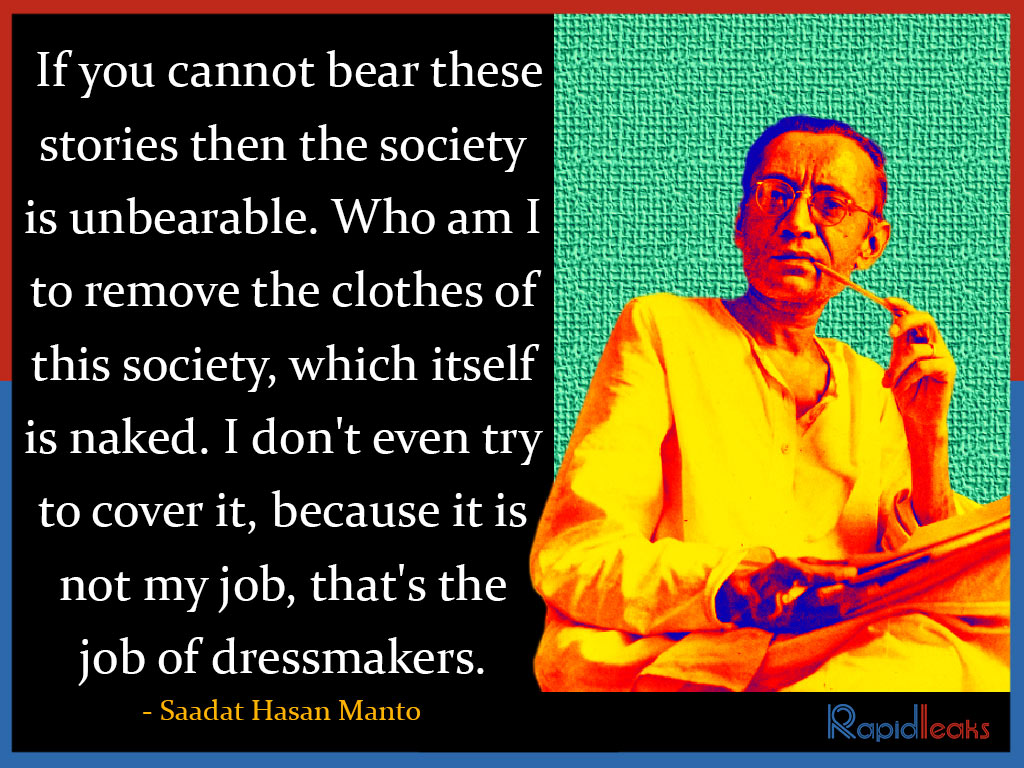 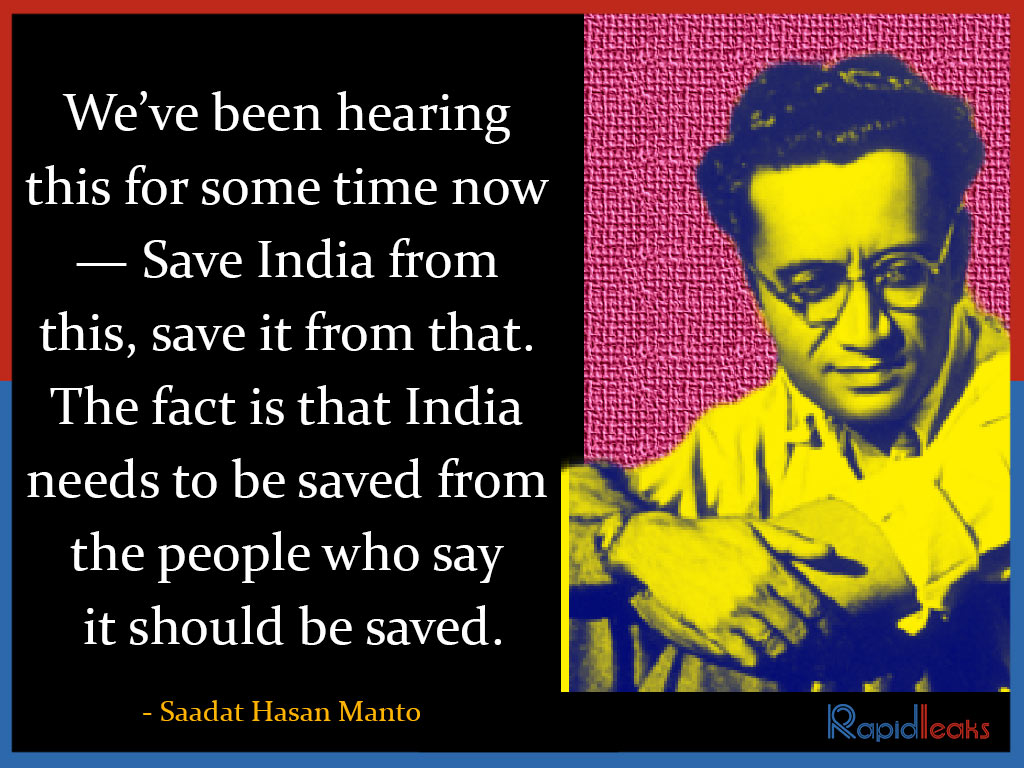 9. A great way to reflect light on the way humans work and their ideologies. 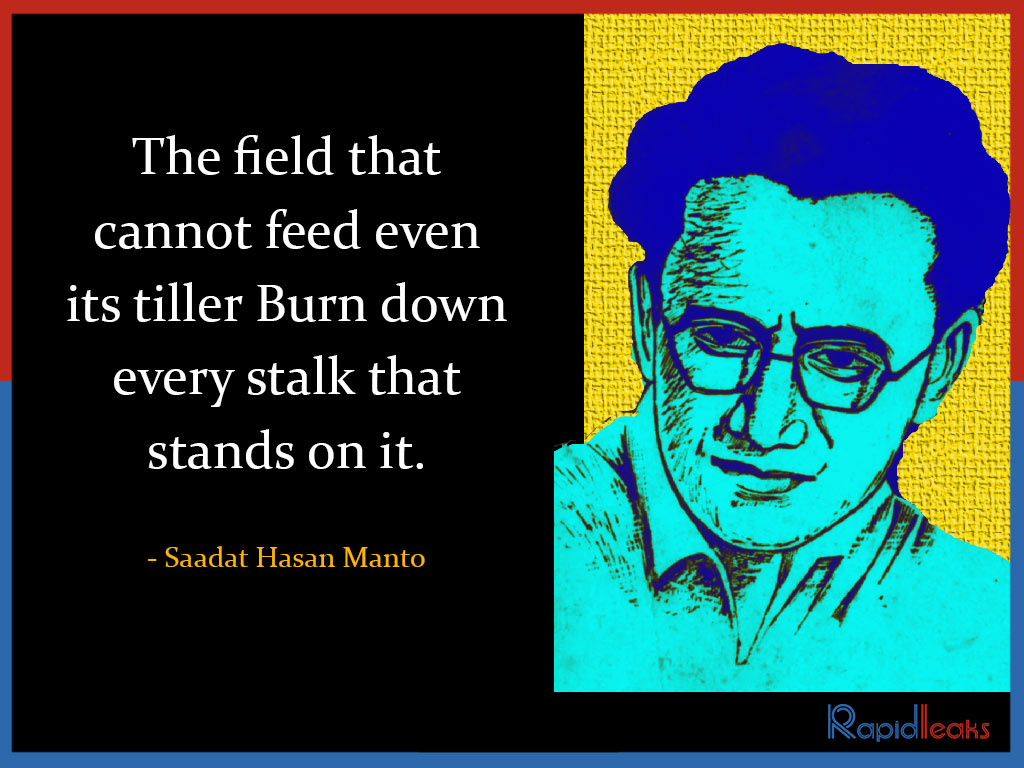 10. Last but definitely not the least. 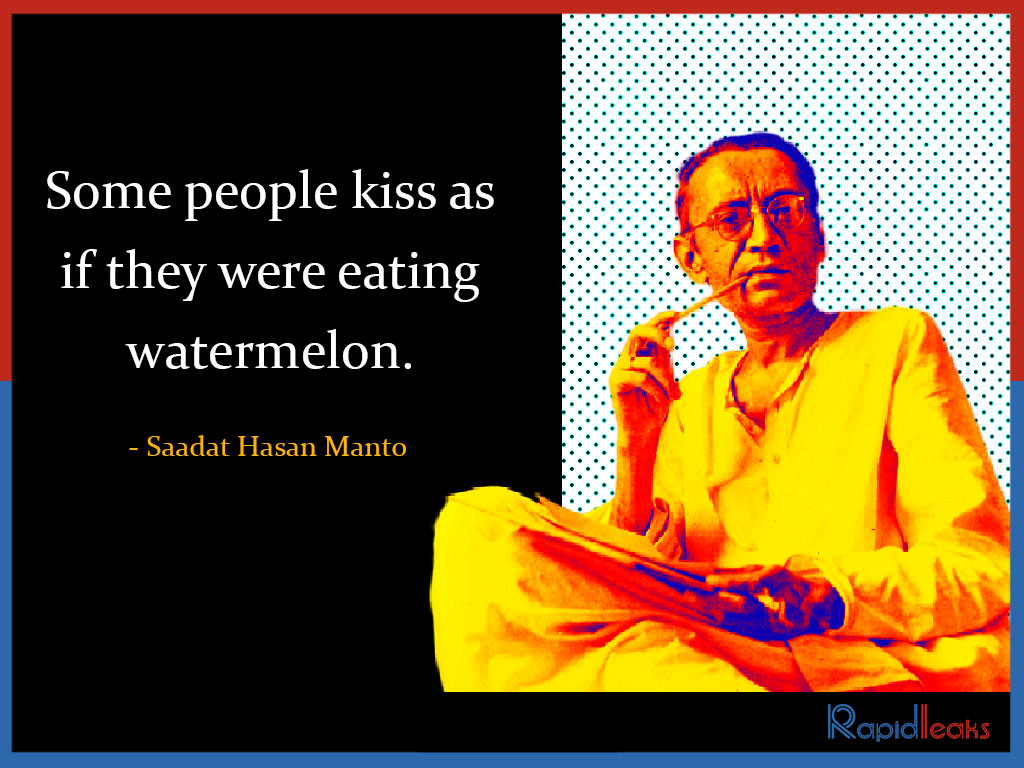 These Saadat Hasan Manto quotes not only breathe life into mere words but describe how art imitates life which in turn imitates art.