Recently, the much-awaited PadMan trailer was released and as many of you might already know, it’s based on the true story of Arunachalam Muruganantham. He is a man who is credited with revolutionising menstrual health for the rural women of India and a man of substance and passion whose invention came at a great personal cost. 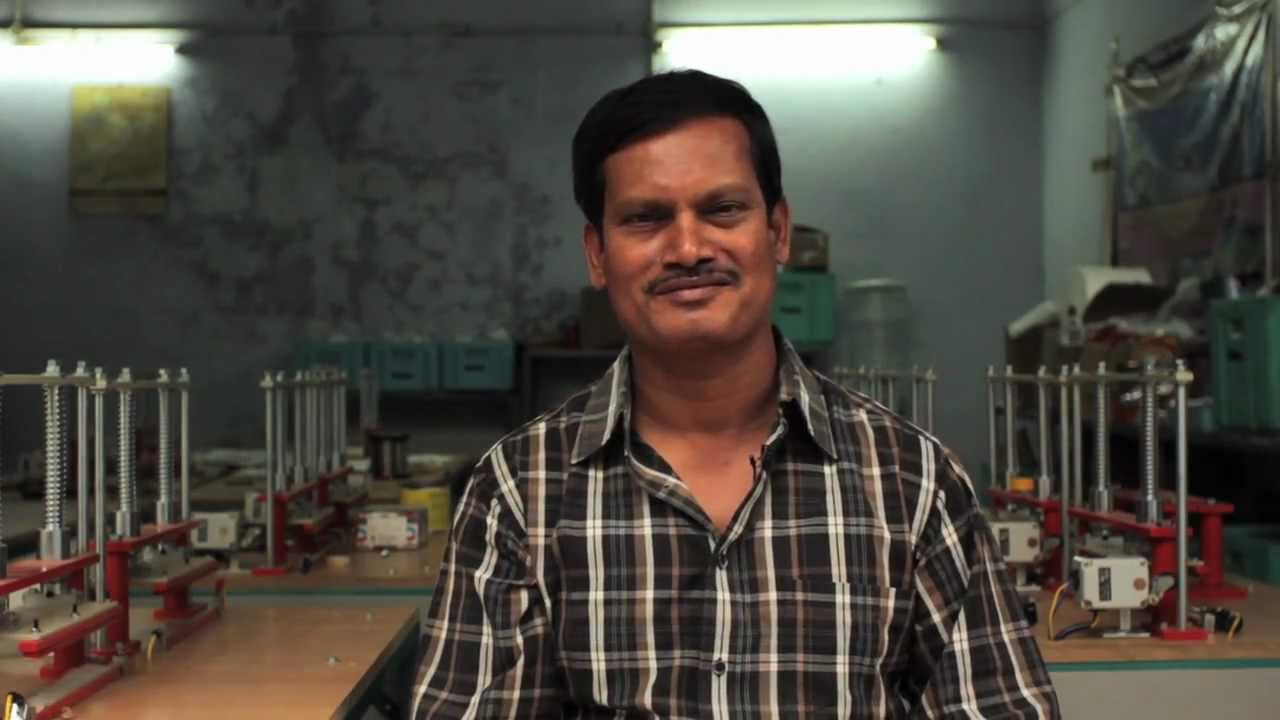 Arunachalam Muruganantham is a school dropout who hails from a very poor family in southern India. However, now, he is credited for being the man whose creation has helped  rural women in various developing countries. He started it by inventing a simple machine that could be used to make cheap sanitary pads whose ethos was to be made by the women for the women.

Muruganantham’s journey, much like others revolutionists, had many highs and lows. He nearly lost his family, all his money and even his place in the society, but all through that, there was one thing he never let go off and that was his humour.

Arunachalam Muruganantham was a simple man who got married in 1998, and one day saw Shanthi was hiding something from him. He was shocked to discover what it was – rags, “nasty cloths” which she used during menstruation. As Muruganantham has said in various interviews and talks, “I would not even use it to clean my scooter.” 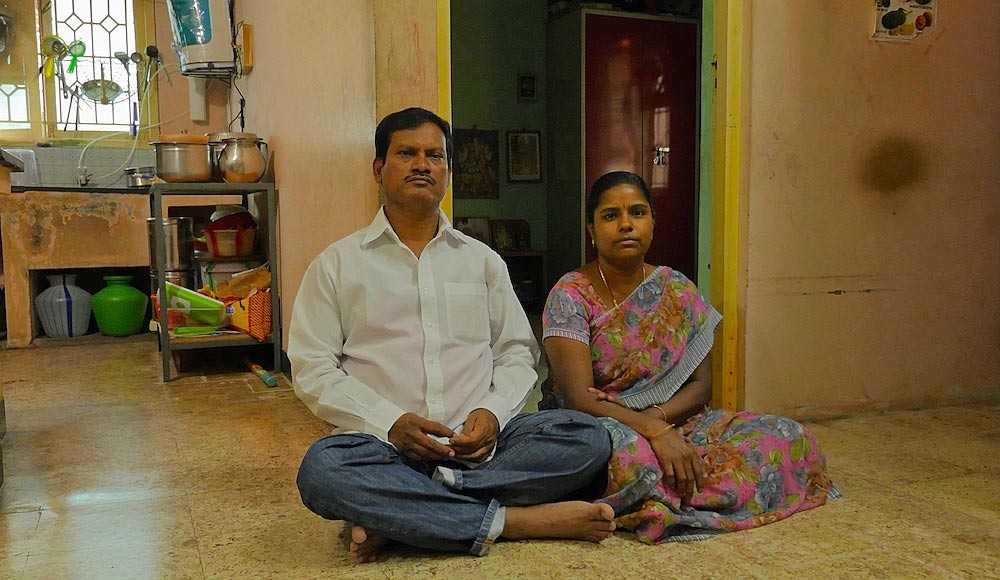 That particular incident made Muruganantham aware about the need of sanitary napkins, the occurrence of menstruation every month, and how costly sanitary napkins were for rural women in the country.

Then and there, Muruganantham made a decision of making quality sanitary pads for rural women at the lowest amount possible. He started making sanitary napkins out of cotton and made various volunteers try it themselves, which was a hard task in itself. But when even that failed, Muruganantham decided to himself try out his product and that’s when he became the first man to wear a sanitary napkin. 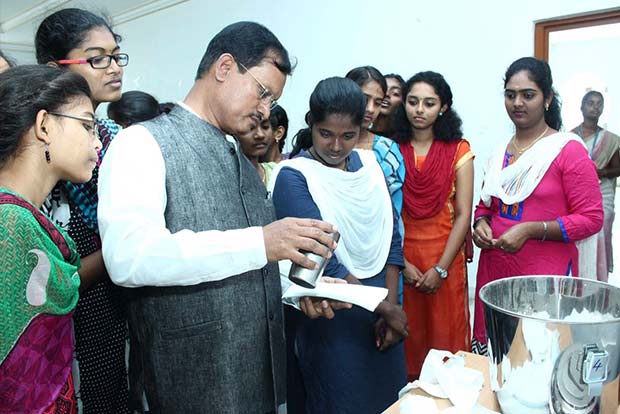 He created a “uterus” from a football bladder by punching a couple of holes in it and filling it with goat’s blood. A former classmate, a butcher, would ring his bicycle bell outside the house whenever he was going to kill a goat. Muruganantham would collect the blood and mix it in an additive he got from another friend at a blood bank so to prevent it clotting too quickly – but it didn’t stop the smell. He walked, cycled and ran with the football bladder under his traditional clothes, constantly pumping blood out to test his sanitary pad’s absorption rates. Everyone thought he’d gone mad. 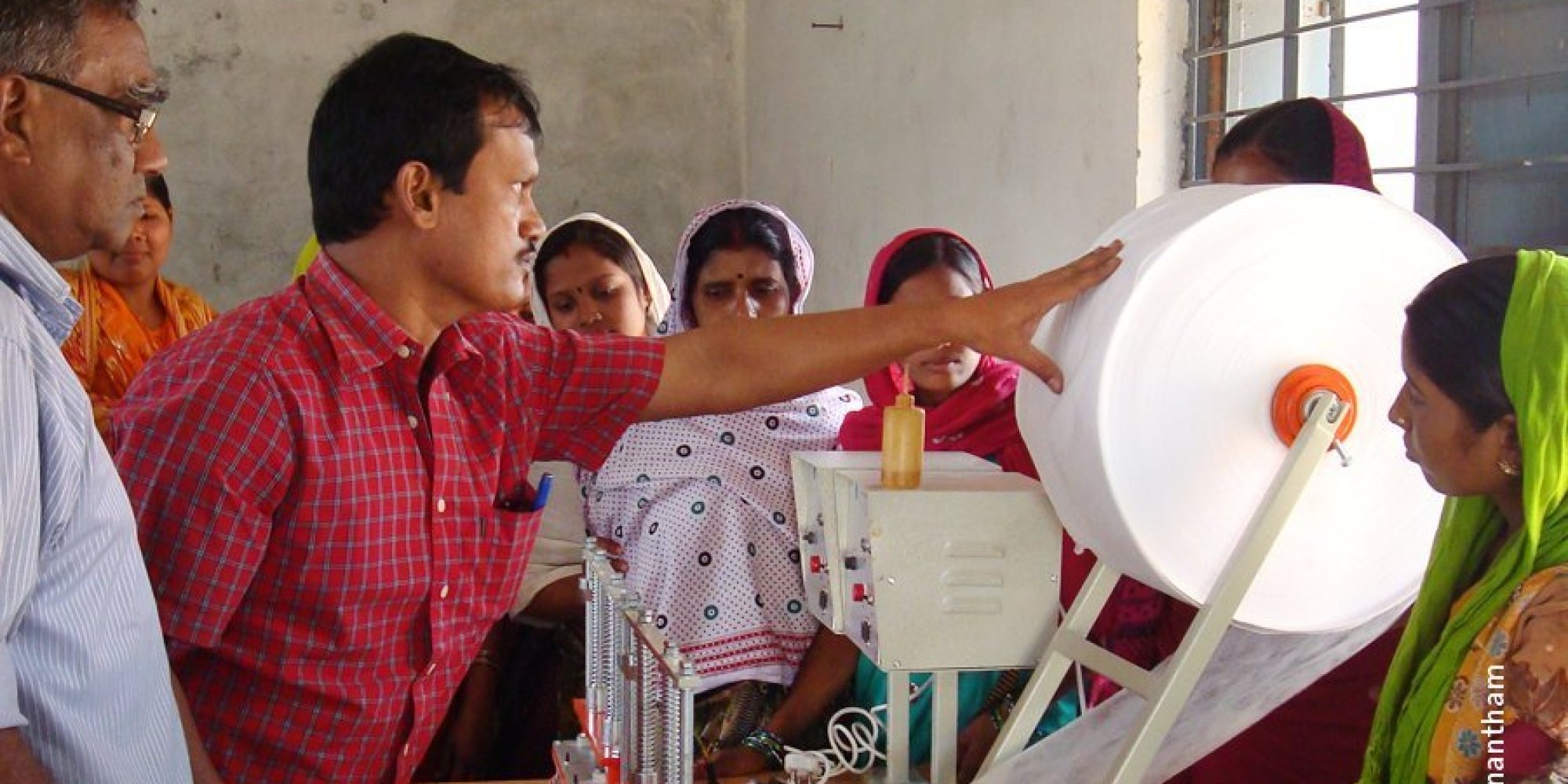 However, soon he realised that there’s something missing in his sanitary napkins, in comparison to those manufactured by big companies.

After a lot of research, Muruganantham found out that cellulose is the missing substance that makes a successful sanitary napkin. 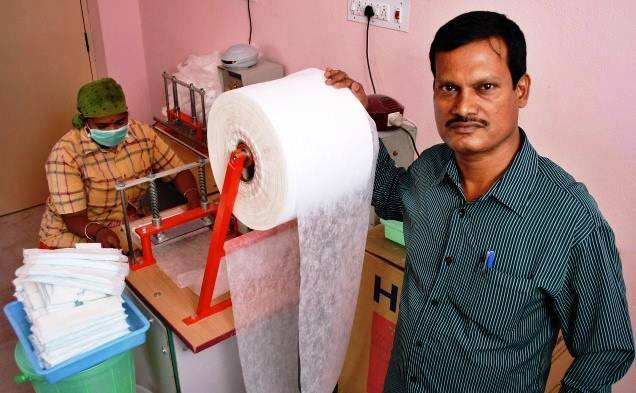 He then invented a cheap machine that can make cheap sanitary napkins and could be assembled, as well as, operated by the women only. However, his idea to not derive profit, but rather happiness from his project, made him not instill a patent on the invention, so that anyone can make the machine and get the good work done by it.

Here a little life story of Arunachalam Muruganantham that he told on INKTalks:

The journey was long and hard and Muruganantham had to see a lot before actually becoming the man he is today. But while there’s almost nothing that he would like to change in the past, he would sure want his invention to reach each and every rural area.

Muruganantham now lives with his family in a modest apartment. He owns a jeep, a rugged car that takes him to hillsides, jungles, forest, but has no desire to accumulate possessions. In his own words, he explained, “I have accumulated no money but I accumulate a lot of happiness,” he says. “If you get rich, you have an apartment with an extra bedroom – and then you die,” as reported by BBC.