Upper caste voters and the Jana Adhikar Party of Pappu Yadav may significantly influence results of the coming Bihar assembly elections. While the JD(U)-RJD-Congress combine has been leaving no stone unturned to give the electoral battle a forward versus backward caste character, recent voting patterns, however, indicate that the BJP-led NDA enjoys an advantage on this count too. 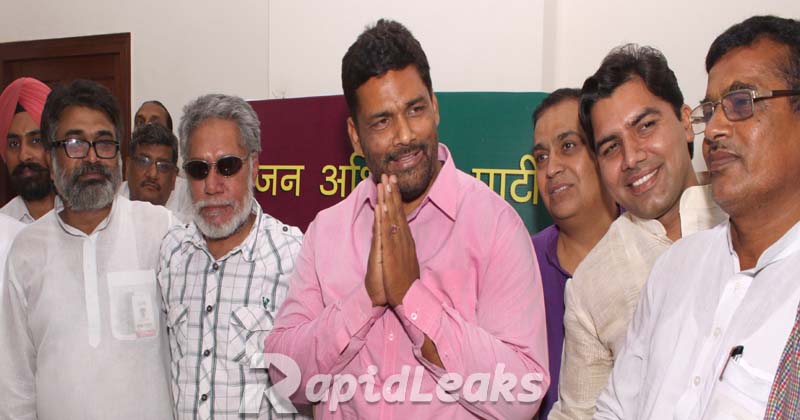 Contrary to the calculations of Chief Minister Nitish Kumar and one of his predecessors, Lalu Prasad Yadav, upper castes constituting 14-15 percent of the total voters may turn out to be important factors given their monolithic pattern of voting as shown in the April-May 2014 Lok Sabha elections and the by-elections later on. In the parliamentary poll 78 percent of upper caste voters had cast in favour of the NDA, the highest in the overall voting pattern by any social group.

Various opinion surveys are pointing out that this time too, the trend is likely to remain the same although there are murmurs of discontent among the upper castes against the Narendra Modi government’s failure to increase the minimum support price of agricultural commodities and the prime minister’s attempt to amend the land acquisition act. In addition to the upper caste voters, the Vaishyas, constituting about six percent of the electorate, are likely to remain on the NDA’s side.

Contrary to this picture, the Yadavs, constituting about 14 percent of the electorate, are now a divided lot. During the 2014 parliamentary election also, the Yadav votes got fragmented and a significant section had voted for the BJP. But this time, the scenario has become more complicated for Lalu Prasad Yadav as the popularity graph of Rajesh Ranjan alias Pappu Yadav, a former RJD stalwart and now the leader of the Jana Adhikar Party, is showing continuous signs of increase.

Pappu’s outfit is now an important constituent of the Third Front led by the Samajwadi Party and he draws his strength mostly from the younger sections of Yadav voters. Although much of the national-level media has described him as a ‘vote katwa’ (spoiler), Papuu may show unexpected results in the Kosi belt comprising the districts of Supaul, Madhepura and Saharsha and in the neighbouring Muslim dominated Seemanchal region comprising the districts of Araria, Purnea, Katihar and Kishengunj.

Together, these two regions have 37 assembly seats. As the NDA is weak in this region the JD(U)-RJD-Congress combine could hope to consolidate its tally from here had it not been for Pappu’s presence. In the 2014 Lok Sabha poll, the BJP could not open its account in the seven seats of these two regions. The Kosi belt has 13 assembly seats. Of them the BJP has only one – Saharsha.

These are the two areas both Nitish Kumar and Lalu Prasad Yadav were targeting, given the latter’s famous formula of Muslim-Yadav combination. Recent years have however witnessed the rapid decimation of the influence of Sharad Yadav, the JD-U president, in the Kosi belt and the gradual passing off of the mantle to Pappu. In the 2014 Lok Sabha election, Pappu and his wife Ranjita Ranjan had won the Madhepura and Supaul seats. The most interesting part of their victory was the fact that while Pappu had won as a RJD candidate, his wife won on the Congress ticket. It showed that they can attract Yadav votes irrespective of party affiliation.

On the whole, the NDA is aiming for an upper caste-extreme backward caste(EBC)-Dalit consolidation. It has reasons to be optimistic in this segment as in the last Lok Sabha poll, 42 percent of the Dalits and 53 percent of EBC voters had voted for the NDA. Interestingly the EBC voters constitute 24 percent of the state electorate. Moreover, for making inroads into the Yadav camp, the BJP-led NDA has this time nominated 26 Yadav candidates. In addition, Pappu’s outfit is contesting 64 seats. So, all eyes will be fixed on the electoral behavior of the Yadavs.

This community’s leadership question is now at cross-roads. It enjoyed a modicum of sober leadership during the time of Ram Lakhan Singh Yadav. But its next messiah, Lalu Prasad, is a convicted man now. Rabri Devi, Lalu’s wife, lost in the 2005 assembly poll. In 2010, she lost in two seats and in the 2014 Lok Sabha poll she again lost in Saran. Lalu experimented by fielding his daughter Misa for the Pataliputra parliamentary seat in 2014. But Misa also lost, though the constituency has a large Yadav concentration.