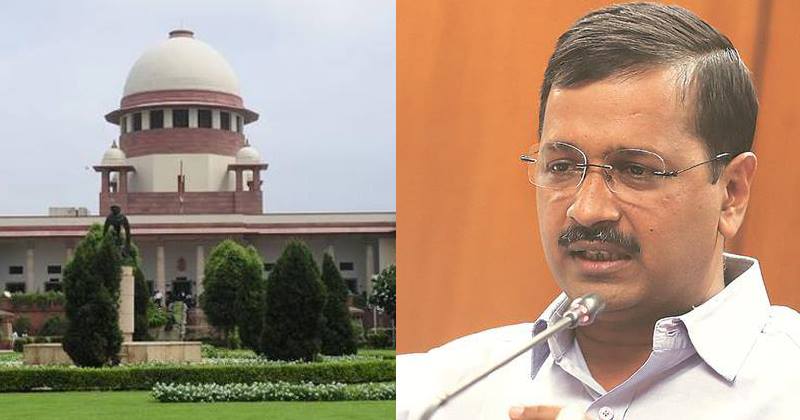 The Delhi CM has egg on his face again as the Supreme Court on Friday declined the government’s plea to direct Delhi High Court not to pronounce judgment on a few petitions on disputes between the state administration and the Union government over jurisdiction. Justice T S Thakur who was heading the bench was miffed and expressed his astonishment at the demand of having the HC not to pronounce a judgement. He said that a concerned party may challenge a judgement by the HC in the Supreme Court but there can be no reason to at all to stop the HC from making a judgement in the first place.

The Delhi government had moved the High Court, seeking judgment on the scope of its powers under Article 239 AA of the Constitution. They had claimed that the Centre was trying to render the Delhi government inoperative in the absence of a clear distribution of legislative powers. The government also claimed to have a very difficult time in fulfilling its daily duties in administration as all their decisions were being questioned owing to the fact that the lieutenant governor holds final authority when it comes to matters related to Delhi.

Delhi’s counsel Indira Jaising asserted on the behest of the AAP government that inter-government issues could be adjudicated only by the SC. She alleged that the HC had not taken into account the preliminary objections raised by the AAP government. She also requested a bench of CJI Thakur and Justices A M Khanwilkar and Dhananjaya Y Chandrachud to stop the HC from pronouncing its verdict.

Disposing of the AAP government appeal, the bench said the High Court was a “constitutional court” and had the power to decide and interpret constitutional matters like this.