Home India Politics Shocking: Delhi Got 58 New Liquor Shops In Past 1.25 Years of... 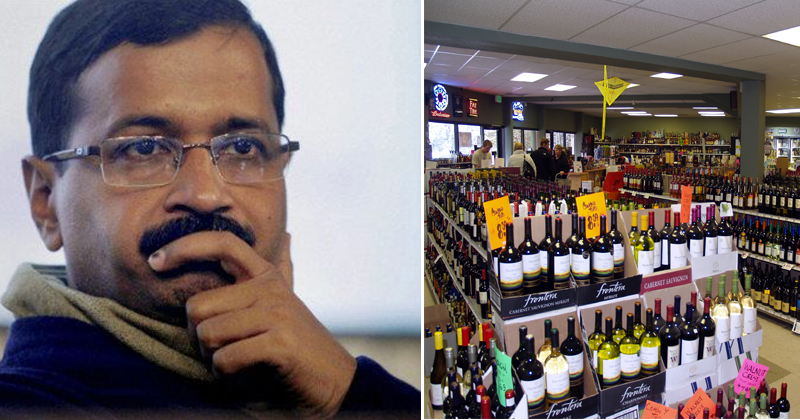 Arvind Kejriwal is the talk of the town again as another interesting fact about Delhi CM’s government AAP, came forward in an RTI reply.

A Right To Information query was filled by Swaraj Abhiyan on Sunday in which they demanded the closure of a liquor outlet in Kotla-Mukabarpur claiming that the liquor shop was opened despite protests from locals.

The Swaraj Abhiyan is an organisation led by expelled AAP leaders Prashant Bhushan and Yogendra Yadav and they have said that if the liquor outlet is not shut by August 10, a movement will be launched against it.

The Arvind Kejriwal government AAP had claimed  to make Delhi liquor-free before it came to power but since its regime, the excise department has spent only Rs 7.76 lakh on advertisements for de-addiction awareness and also there are no details about this expenditure.

Meanwhile, Arvind Kejriwal-led AAP is trying to make its government in Punjab and they vow to end drug menace in Punjab.

We Guess De-addiction Awareness Is A New Concept For Mr. Kejriwal.