Home India Politics PM Narendra Modi Got Slammed For His Remarks on Nationalism by Congress. 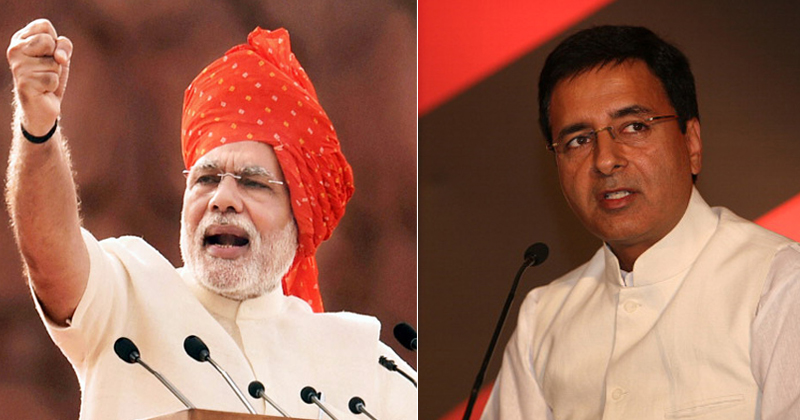 Prime Minister Narendra Modi was hit by Congress on Tuesday for his remarks at the BJP workshop of state core committee members. Congress accused him of shifting his focus from his goal of bringing ‘Acche Din’ for all and said that Modi wasn’t elected because of nationalism but for the promises of development, growth and jobs, made to people that he never fulfilled.

Congress spokesperson Randeep Singh Surjewala said that  it was not nationalism that brought Narendra Modi ji to power. It was promise of jobs, development, good governance, growth, alleviating poor from poverty, eradicating inflation and bringing  ‘Acche Din’ for everyone.

Surjewala said that Narendra Modi’s statements at the BJP Core group meeting are just another act of political deception by a prime minister whose promise of good days (ache din) has been exposed before the nation.

He also claimed that the country’s people can see through Narendra Modi’s words and statements.

Surjewala also said that the people of the country will hold Modi accountable not just for his ‘pseudo nationalism’ but also for his fake and unfulfilled promises.

During the BJP workshop of state core committee members, PM Narendra Modi stated that nationalism has been BJP’s core identity and BJP does not need to prove that.