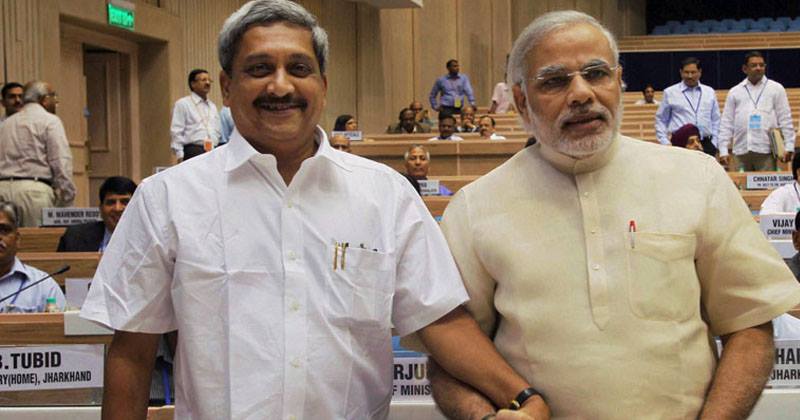 Prime Minister Narendra Modi expressed admiration for the speech made given Defence Minister Manohar Parrikar on the AgustaWestland VVIP chopper deal in Rajya Sabha on Wednesday.

Modi took the help of twitter to praise Parrikar and said that it was one of the best speeches he heard.

Yesterday's speech by RM @manoharparrikar in the Rajya Sabha was one of the best speeches, displaying best parliamentary traditions.

RM @manoharparrikar rose above politics & placed all relevant facts on the table. Urging you all to hear his speech. https://t.co/2YhvBDqn4o

Manohar Parrikar, the Defence Minister of India said the probe in the case of AgustaWestland helicopter graft will focus on the people who were named in the Italian court judgment on Wednesday at the Rajya Sabha.

Parrikar said during a short discussion on the issue, “”There is an agreement that corrupt practices were involved in the procurement of AgustaWestland helicopters. The previous government recognised these and put on hold the group in 2014, and the present government passed the order.”

The judgement in the Italian court names the president of the Congress party Sonia Gandhi, congress leader Ahmed Patel, and others. The judgement also named IAF chief SP Tyagi.

The Congress party has tried to suppress the matter by stressing that the Italian court judgement does not indict anyone.