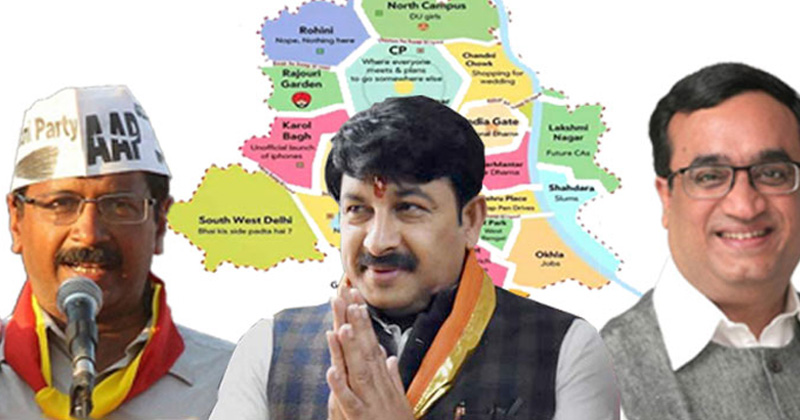 Bhartiya Janata Party (BJP) swept another round of votes in their pocket and registered a clear win in Delhi Civic Polls. Even the by polls reflected a somewhat similar result, however, the real tug was for second place where AAP and Congress were standing side by side. Here’s the final tally, according to which BJP won 184 wards, AAP took home 46 wards and Congress went away with 30 wards, whereas others secured 10 wards.

While this is yet another staggering win for BJP in Delhi which has already been ruling for the last 10 years, Aam Aadmi Party is not happy with the win. AAP is alleging that BJP’s win was majorly due to EVM tampering in their favour. Coming in second, that too with a huge margin, seems to be not going well with AAP which 2 years back, won 67 seats out of 70 assembly polls. This can be considered a case of how AAP should not take their voters for granted. While MCD elections were never such a big piece in Indian media, this year’s publicity and controversy surrounding the polls, made it too big.

What is done, is done and nothing can be changed about the polls now. AAP, and especially Arvind Kejriwal, should now understand that they need to work extensively in order to regain voters’ trust in them and that too prior to next Delhi assembly polls. Because everyone supported them 2 years back as they wanted a change, however, if things kept on being the same, then maybe AAP will fail even more miserably in the next elections.

Here’s the entire list of who won what. MCD election results 2017: