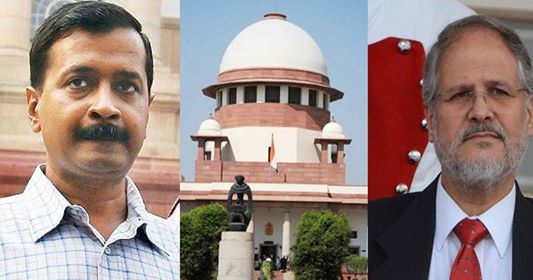 Delhi High Court Lashed out at AAP for its failure to prevent waterlogging. On Friday Delhi Chief Minister Arvind Kejriwal said that HC should not lash out at the city government instead it should summon Lieutenant Governor Najeeb Jung for waterlogging problem in the city.

He said Delhi HC should ask Lieutenant Governor Najeeb Jung about the issue. On Thursday, the Delhi High Court warned the Delhi government officials that if the work was not completed to control waterlogging, it would be considered as the contempt of court.

To This Issue Arvind Kejriwal Tweeted:

When HC has said that LG is govt, then HC shud summon LG for waterlogging. https://t.co/Lv76XSjCID

This is strange. How can High Court not be concerned who is govt? HC says LG is govt and then asks CM to do the job? https://t.co/Lv76XSjCID

On 31 August, the court also pulled up civic agencies and the Public Works Department (PWD) on the waterlogging issue in the city and said there was “no justification for clogged drains”.

India’s national capital New Delhi came to a standstill due to waterlogging after three hours of heavy rains on Wednesday.