Home India Piyush Grover Is Being Schooled Over His ‘India Before and After BJP’s...

As soon as the Modi government came into power they made a lot of promises to the public of India, to gather trust and sense of responsibility about them. And, as Laisang, a remote village in Manipur, received electricity on Saturday various BJP leaders and followers came forward to celebrate the news on the Internet. Particularly on Twitter. While some brought back the memories of when Modi first promised making all the villages of India electrified, other’s shared other exaggerated versions of the story.

The story even gathered some intense debacles from the opposition who insisted that the government was “celebrating inefficiencies and taking ‘fake credit’ for the Congress government’s work.”

However, no one did it like Minister of Railways and Coal, Piyush Goyal. He shared a picture along with a text, “Under the decisive leadership of PM @NarendraModi India has finally been able to electrify all its villages before the set target date. With the elimination of darkness from the lives of fellow Indian villagers, we commit ourselves to building a new and #PowerfulIndia.”

Under the decisive leadership of PM @NarendraModi India has finally been able to electrify all its villages before the set target date. With the elimination of darkness from the lives of fellow Indian villagers, we commit ourselves to building a new and #PowerfulIndia pic.twitter.com/TJ8irmx4tk

Twitterati soon held him accountable for the picture he shared in good heart. The pictures shared by Goyal were released by NASA, with the ‘before’ picture from 2012 and the ‘after’ one from the year 2016. Considering PM Narendra Modi made the electrification of all India’s villages promise on August 15, 2015, the pictures are completely false in the following context.

Twitterati gathered and literally schooled Goyal on his tweet, here are some of the responses to his tweet.

Sir
Our village is still waiting for electrification work

Uncle have u ever heard about photoshopped pictures ??

This is the same fake image that is shared after every Diwali. ??

Entire BJP govt relies heavily on Photoshop and fake news. How about doing some real work.?https://t.co/LcDfUlM4uf

sir, It looks like the usual Diwali cracker photo… are you sure of this?

I can see my area light pole. Thanks ? ?

What do you think? Should leaders be held accountable for the things they say and tweet? Because if they’re pushing false images and news on their social media, does it not mean, they’re pushing lies and false narrative among their supporters? 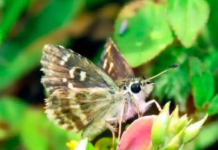 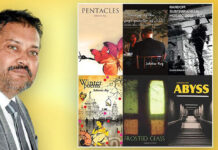