1. O Panneerselvam Says, “Was Forced To Resign As CM”

Meanwhile, hours after O Panneerselvam initiated a revolt, party’s general secretary and would be CM, VK Sasikala removed the acting Chief Minister from the post of party treasurer after she held an emergency meeting with party members.

With people withdrawing large sums from their bank account at the start of the month, an estimated one-fourth of the ATMs across the nation have started running dry again, bank officials said on Tuesday. They further added that, Yesterday was the payday for millions of employees in both organised and unorganised sector which could have resulted in the cash shortage. Considering the political scenario in the country, opposition may fuel another debate over the efficacy of the demonetization drive.

3. “Call Failures Due to Jio’s Own Network Issues,” Says Airtel.

Bharti Airtel on Tuesday, issued a statement saying that the company provided over 35,000 Points of Interconnect (PoIs) to Mukesh Ambani Chaired, Reliance Jio in “record time of just five months”. The statement further added that 79% of the subjected PoIs have been dedicated just for Jio subscribers, which is the highest amongst all operators. Bharti Airtel officials said that the capacity provided to the new and controversial entrant, is ideal for serving over 190 million customers, double than the existing 72.5 million customers currently claimed by Reliance Jio.

Lieutenant Governor of Delhi, Anil Baijal cleared the AAP government’s proposal to build 300 Mohalla clinics in government schools premises. An official said on Tuesday “The Lt Governor had approved the proposal to build Mohalla Clinics in school premises subject to certain conditions regarding safety of students” and Lt Governor also advised on deploying capable doctors for quality treatment at these Mohalla Clinics.

An earthquake measuring 6.4 magnitude on Richter scale jolted Pakistan’s southwest region, early on Wednesday morning. The epicentre was detected in an area around 23 km west of Pasni fishing port with a focal depth of 10 km. The strong tremors were also felt in southwest region of Balochistan, including Turbat and Gwadar. No immediate loss of life and property has been reported as of now.

6. Market Opens at a Positive Note on Wednesday

BSE’S Benchmark Sensex, which lost 104.12 points in the last session, bounced back and traded at 28,391.64 after gaining 56.48 points during the early trade on Wednesday, with hopes of RBI Rate Cuts and corporate earnings. NSE’s Nifty too gained 10.60 points but remained under the 8800-mark at 8,778.90. Indian Rupee gained 10 paise against the US Dollar due to fresh selling by exporters and banks, and the green currency was valued at Rs 67.31 during the early trade. 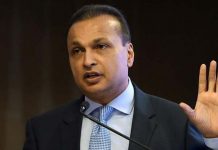 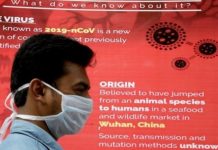