Regardless of who you are and what background you come from, three concerns in Mumbai are always a bit too hard for the people to handle. The first is the sheer mass of rain that strikes the famous city in Maharashtra year after year. Second is, the sheer magnitude of people who live, survive, struggle and commute in the Millennium city. And finally, we have the sheer bulk of traffic, an everyday menace that strikes just about anyone, regardless of one’s residence in this large city.

That part of the city’s population that cannot afford the expensive although convenient cab services and other forms of urban transport have looked up to Mumbai’s double-decker buses as an everyday convenient solution for decades together.

In fact, that said, along with the local train services in the city, Mumbai’s double-decker buses have for long been a local lifeline for one of India’s megacities.

And while this may surely read like a rude shock, all of this is slated to occur inside 1 year. But that said, just why is this even happening?

It is important to know that a majority of the famous red double-decker fleet is going to be scrapped from the service. But that isn’t all.

The latest piece of news also confirms that the imminent future won’t rest merely with the scrapping of these buses. In fact, Mumbai’s double-decker buses are going to be replaced with single-decker buses. Therefore, safe to say that a bright change is on the horizon for the financial capital of India.

In this regard, it is also important to know just how many buses currently operate throughout the city. At the current moment, there are as many as 120 buses. But where the government’s next course of action stands, then only 48 of these buses will eventually remain on city roads.

72 buses, therefore, are slated to go out of action.

But that’s not all. This future development also puts an end to the life and fortunes of a massively-dependable transportation force in a city where one is often running late for work and where, on many an occasion, one is left stranded facing the brunt of overpopulated buses and trains.

That is the time where the first stage of motorization began. The first step then was to replace horses with engines on the wheel. Back then, in 1947, the maximum size of the double-decker fleet was at the most, limited to 242. 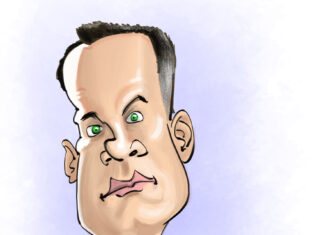