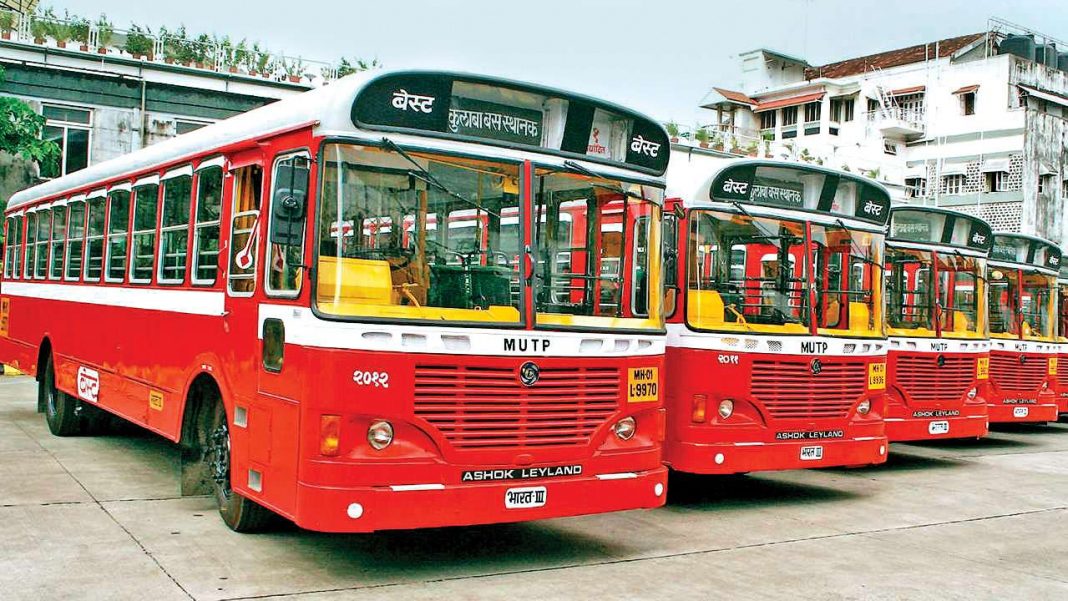 A big development from the financial capital of the country takes us to the scene of mass urban transport. It’s being reported that Mumbai’s BEST has decided to scrap no fewer than 1,063 buses with immediate effect. This may come across a bit of a surprise to the everyday common commuter in the city.

But the important question to note is that why was this sudden step taken? For a massively populated city like Mumbai, where hundreds of thousands arrive in large numbers each day, both Mumbai’s BEST buses and the metro rail, along with the local trains, serve as a crucial means of public transport.

So one wonders will the scrapping of 1,063 Mumbai BEST buses render some kind of a jolt to the running of everyday public transport system?

At this time, what can be said with confirmation is that of the 1,063 buses that have been scrapped by Mumbai’s BEST, there’s also the 870 old single-decker diesel as well as the 120 single-seater CNG buses, in 16 months.

Committee members, shocked at this decision, have also expressed their surprise at the suddenness with which Mumbai’s BEST confirmed the development.

What makes the story even more surprising is that Mumbai’s BEST bus fleet had already lessened or reduced its fleet, as they say. In the last few years, the bus fleet had been reduced to around 3,200 buses, a significant reduction when one thinks that the actual size at one time was 4,200 buses.

Describing the Mumbai BEST development, committee member Shrikant Kavthankar said, “with fleet size depleting further, it could be disastrous for the undertaking.”

But while this may have come as a surprise, the BEST officials have offered an explanation to the event. They have shared that all the buses that have been scrapped were completing their lifespan and were being phased out in accordance to the rules.

That said, here is how the phasing out of Mumbai’s BEST fleet pan out. While around 167 buses will be scrapped till March 2020, the rest in the lot will be phased out as per rules.

Of the buses that shall be phased out, there will be 72 double deckers.
These will be replaced by new buses. But regardless of this development, it is important to pay mind to the fact that those commuters who have a set pattern or are habitual of commuting via buses, will have to face a hassle.

As a result, they will have to go in autos and taxis. That said, there were some other reactions too, to the development. Mr. Sunil Ganacharya said that the wet-leasing buses may ‘eventually lead to losses.’

Although, it’s not sure as to how the concerned authority would respond to Mr. Ganacharya’s statement.

Meanwhile, Shiv Sena’s Suhas Samant also shared his view, adding that the abandoned buses can be used as mobile toilets.

The move will, therefore, contribute to the growing cause of creating mobile toilets everywhere in India, in a bid to contribute to the country’s growing stance to make the nation more hygienic and
sanitized than before!