Social Media challenges are a big thing these days when everyone wants to be a part of them and contribute to it. It positively affect one’s presence on social media and more than that, it makes them more relatable and on-trend. The recent example of a massive number of people turning up for a social media challenge was started by I&B Minister Rajyavardhan Rathore who put forward the #FitnessChallenge, inspired by Prime Minister Narendra Modi.

MP Rathore nominated tons of celebrities and influencers, with further contributed to the challenge and nominated others. The entire Fitness Challenge soon became a thing that everyone was doing. 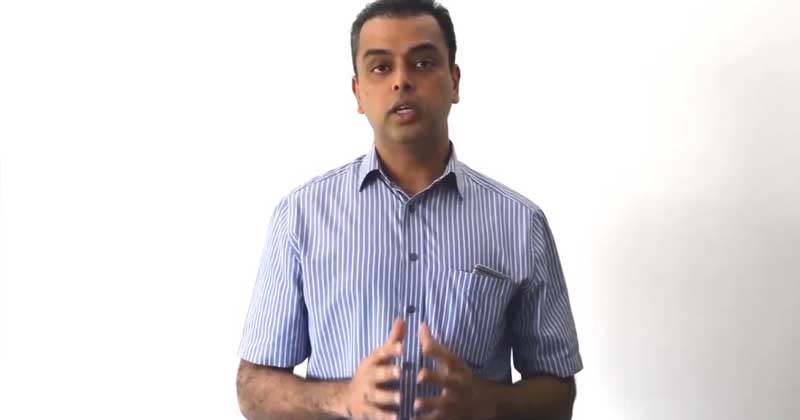 After the success of #FitnessChallenge, Former Minister Milind Deora came forward with a challenge of his own to save the planet from one of it’s biggest enemies – Plastic. He talked about how the Maharashtra Government recently announced a ban on all single-use plastics and thermocol items, however, because there was no suitable substitute in the market for plastic bags and other such things, the entire ban failed miserably. Now, the government is rolling back the ban, but not completely. They have asked for a three-month extension on the mission and rather than banning everything plastic, they have decided to first let go of plastic bottles and milk pouches. These two items generate about 7 lakh kilogram plastic weight daily.

He asked the people to come forward with the mindset to reduce their dependency on plastic by letting it go. Limited to no use of plastic will not only protect our generation but also hundreds of generations that will come after us, more than that, it will protect our planet earth and other animals residing in it.

Along with the video, Deora posted this caption 75 years after Mahatma Gandhi launched the Quit India Movement, let’s join together to issue a clarion call against plastic. It’s high time we eliminated single-use plastic from our everyday lives! Please join #QuitPlasticMovement.

Plastic is convenient but we have to let it go. It's time to say अलविदा. @ranjit_rauniyar shared this video which is still going viral #QuitPlasticMovement pic.twitter.com/MGX4UGLSMB

More and more people are coming out to support him and show their solidarity with the #QuitPlasticMovement, check out their contribution over here.

We're glad to be part of the #QuitPlasticMovement
At @dspbrmf we took the initiative a while ago to replace all plastic mineral water bottles across all our offices with filtered water in glass bottles, without exception! A small step today, for a better tomorrow… pic.twitter.com/HSbFV6Drp9

Plastic is convenient but it’s harmful effects can no longer be ignored. Here’s one of many ways I’m trying to reduce my dependence on plastic. Every little step goes a long way. Please share your pictures & videos showing how you’re contributing to #QuitPlasticMovement pic.twitter.com/79VHTCJhCR

I replaced the Plastic Bottle on my office desk with a Copper bottle.
💡🍹
Drinking water in office – Daily use – Why use plastic??
..
..#QuitPlasticMovement #Liquid #MumbaiKiPlasticSurgery #PlasticFreeMumbai #MakingIndiaABetterFuture

@milinddeora #QuitPlasticMovement ..was quite concern about the plastic pollution caused by liquid body soap bottles amd facewash..Learned the art of making soap today..will be avoiding wrapping in plastic..if not interested in learning soap making, we can buy hand crafted soaps pic.twitter.com/lnx1XgRNba

Thank you @milinddeora for joining the #TheBeatPlasticPollution with #QuitPlasticMovement! It’s a call for action that will inspire many more to quit the use of #SingleUsePlastics https://t.co/ZhRilczR9M

@milinddeora #india let’s do this now #QuitPlasticMovement it is the call of the hour #saynotoplastic after a Sunday state of Juhu beach 🙈 pic.twitter.com/YLljxQ0Jbp

I make it a point to carry my own bags while shopping;n never litter/throw out plastics during road trips. Share your story. #QuitPlasticMovement https://t.co/2ExP5sMbCp

Plastic is killing us and more than that, it’s killing our mother Earth. So, rather than contributing to something dangerous, go for more sustainable and environmentally friendly options, because it’s only us who can save the planet and its animals.