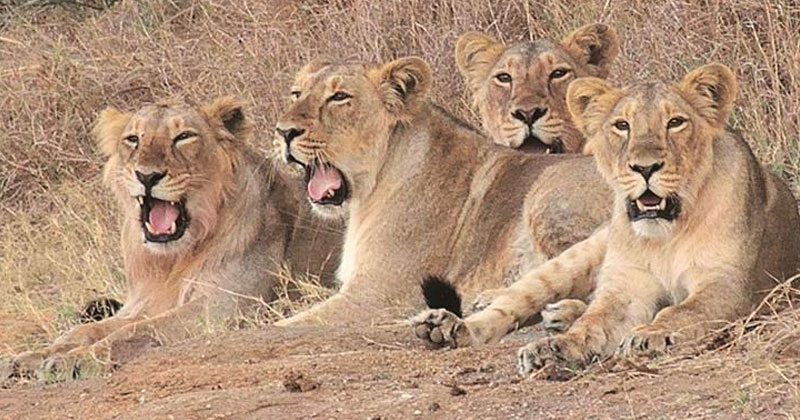 “Gir’s apathy toward the lions is telling particularly of the sheer ignorance we’ve extended to an animal we ourselves cite an example of or draw comparisons to when referring to mental strength, machismo, and bravado! That 11 Lions were found dead in Gir, Gujarat underlines crass ignorance on India’s part. When Bob Marley famously sang “Iron Lion Zion” he probably may have never expected that the wild beast he was referring to would end up suffering the wrath of ignorance on the part of humanity; something he enlivened and died to entertain each time he put his rasp notes, husky voice and gin-soaked appeal into the mic!”

They are extinct in as many as 26 countries of the world. They are largely confined to Western and Southern African countries. There was a time when, at least, a century ago, there were as many as 200,000 wild beasts only in the African continent. Today, when you look at the state of lions in India, you find that there remain only 411 of them, according to the national census of 2015.

God alone knows how many of them might have withered away due to ignorance in these last few years. But the bottom line is, at this point in time, one needs to know as to how on earth did 11 lions were found dead at Gir forests of Gujarat?

In what appears to be an abominable travesty of our times, it now seems rather admissible and not presumable as what thought earlier that India has failed to protect its animals. At a time where the national animal of the country itself is labeled endangered, well on the verge of being extinct, one wonders what’s the impending fate of the lion?

An east forest range officer serving in the dense and thick Gir forests of Gujarat shared with the media that as many as 11 carcasses were found of the lions in the middle of the jungle. And having said that, one’s yet to see might have been the problem behind a national headline that’s rocked the nation: 11 lions found dead at Gir!

While not an awful lot is known at this point in time having conducted an immediate inquiry into the matter, no suspicious activity has been identified, so far. But that’s not all. Having said that there’s also no immediate information available in the regard of whether a catastrophic medical condition might have triggered something this calamity.

One wonders what might the imminent future reveal? For administrative purposes, the Gir Forest has been divided into two parts: the eastern and the western end. Yet, how did so many lions end up dying is what’s most surprising in terms of the developing story that’s expected to unfurl some conclusive answers?

Lions are primates; they are massive hunters and prey on their victims mightily. This is something we all know. But that told, they also happen to be mighty fighters who seldom refrain from infighting. Could that have led to this tragedy that resulted in 11 lions being dead at Gir forests?

Popular news outlet NDTV published the following information in regards to the occurrence:

Additional chief secretary of the Forest and Environment Department Dr Rajiv Kumar Gupta said the state government has ordered an inquiry, which would be conducted by the principal chief conservator of forest (wildlife).