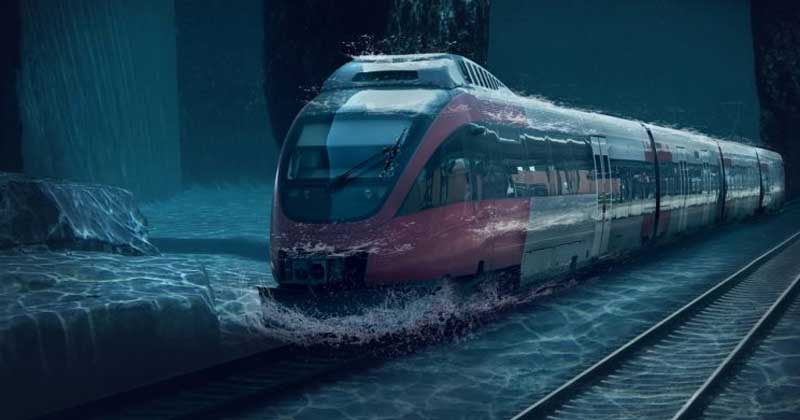 There’s always a wondrous feeling about being part of a rail journey, isn’t it? Perhaps only a few other things can evoke the same magical wonder of being part of the unique nature than commuting by a rail. So what if you were told that soon, you could be part of the bounty of mother nature albeit traveling several feet down the earth’s surface? Ever heard that one before!

Believe it or not, but India’s first underwater train is about to be launched soon in a part of the nation that is considered a hotbed of artistic achievements, culinary delights, and is home to myriad historically significant personalities.

Hours back, Union Railways Minister Piyush Goyal announced that the metro will be operational soon.

On the occasion of announcing a one of its kind infrastructural feat gathered by the country, Mr. Piyush Goyal shared, “India’s first underwater train will soon get started in Kolkata under the Hubli river. An example of impeccable engineering, this train is proof of the progress made by Indian Railways. This train will bring ease to the people of Kolkata and pride to the people of India.”

On the occasion, he also happened to share a video that’s released by Indian Railways. The same features Prime Minister Mr Narendra Modi, that talks about the excellent engineering skills that have been used for the construction of the metro tunnels that are around 520 meters long and about 30 metres deep.

At a time when one pays a lot of emphasis on architecture and construction at high altitudes, how about shedding some appreciation on architectural prowess several meters under the surface of the earth?

It is believed that Phase One of the project that will connect Salt Lake- Sector 5 to the Salt Lake Stadium will soon be operational. The rail tunnel is provided with four-layers of protection to shield the tunnel with the water of the Hubli river.

In addition to the above, a salient feature of India’s first underwater train is that it will travel through the tunnel at a speed of around 80 k/hr. A standout achievement of railway engineering, the train shall bring about some radical change in the means of urban transport by enabling commuters in Kolkata to travel much faster.

The above project is also known as the East-West Metro project or the underwater metro and will connect two stations considered among the busiest in the world: Howrah and Sealdah.