Indian Armed Forces have given the permission to release the video of the Surgical Strikes by Indian Army on seven militant bases in Pakistan Occupied Kashmir (POK) on 29 September. The attack was done in the wake of Uri attacks which killed 19 Indian soldiers.

Pakistan has been taking international reporters to the site where the Indian Army operated the attack. Pakistan has somehow made the situation normal among the villagers and is claiming that the Surgical Strike never happened as there is no evidence of any attack. According to the Pakistani Agencies, it was just a hoax created by Indian Army to cover the ceasefire initiated by them at the Border.

Mr. Arvind Kejriwal and Congress member Sanjay Nirupam have also demanded for a proof regarding the strike. They have faced severe criticism from Indian citizens for doubting the armed forces.

The video shows how smartly he is urging the Indian Government to issue the proofs:

#SurgicalStrike is not a sting operation or sex tape to be played on TRP hungry TV. If u don't believe your own Army, problem lies with you.

Top Army officials have stated that the Indian Army has given the permission to release the footage and the video will answer all the people alleging that Surgical Strike never happened. It also includes photographs taken by ground troops and UAVs (Unmanned Aerial Vehicles).

They also said that the decision to release the footage publically will depend on further reactions of the Pakistani Government as they do not want to increase the tensions between the two nations. According to them, the footage has enough evidence to degrade Pakistan’s image which will corner them from the world.

The final decision to make the footage public rests with the Prime Minister’s Office (PMO). 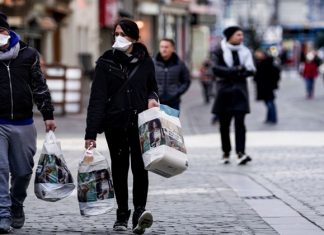