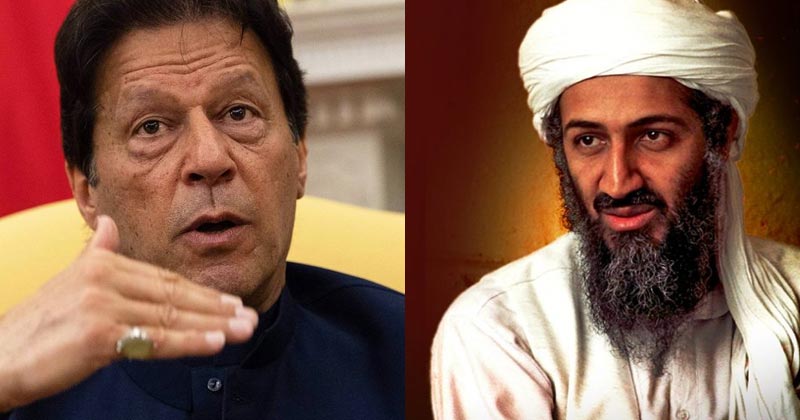 He was the most repulsive figure of terror during his time. The operations he commanded at the helm of Al Qaeda sent shivers down many a country’s spine. At his peak, he was America’s enemy number. 1.

He, in fact, worked closely with the Americans and got his initial bit of training at their behest and yet when the opportunity came, he orchestrated the worst form of terror ever conceived or evidenced in the post Second World War era.

You know him for masterminding the 9/11 terror attacks on the US soil. You also know him for countless films and documentaries. Osama Bin Laden, back in the day, was a dreadful and ghastly figure of horror.

And recently, none other than the Pakistan PM Imran Khan has touched upon a subject that most Americans would consider still wrought with evil and would best not recall.

Stating that had it not been for the Pakistani intelligence, then the US forces may not have been able to find the biggest enemy of the state of the world’s strongest superpower: Osama Bin Laden.

Imran Khan, who’s currently in the United States for an official visit, made this sensational claim in an interview. It was back in May of 2011 that the American forces were finally able to capture the most dreaded terror mastermind of his day and in that regard, Imran Khan stated that Pakistan’s premier spy agency- the ISI- was instrumental in Osama Bin Laden’s capture, sharing intel with the US forces who ultimately nabbed the terrorist at Abbottabad.

In an interview conducted at Washington, Imran Khan happened to share the following in a candid admission to the media:

If you ask CIA it was ISI which gave the initial location through the phone connection. It was not immediately clear what Khan was referring to and he did not provide more detail.”

The above told, not for nothing has Pakistan often been criticized in the past on its attitude toward terrorism. For decades altogether, Pakistan’s been doubted and isolated in the international media in the wake of the country protecting and often harboring dreaded terrorists who happen to top the list of many countries’ most wanted list.

A question, however, still remains to be answered. Even if one happens to agree on the point that Mr. Imran Khan is making on the eventual capture of Osama, why didn’t Pakistani Intel move about and inform its American counterparts in the first place? Did it not know that Osama had made its way to Pakistan via Afghanistan, another place where the ISI has a stronghold?