Indian athletes won it big at the Commonwealth Games in Gold Coast, Australia this year, and grabbed the third position on the overall ranking. Their performance not only gathered an international audience but also made the states they came from proud.

Like every game, even this time the state governments decided to go big on rewards to their medalists, especially Haryana government. As per the announcement made earlier, Haryana Govt. decided to award Rs 1.5 crore to the gold medal winners, Rs 75 lakh to silver and Rs 50 lakh to bronze medal winners. And, the prize money was supposed to be distributed at a felicitation function held by the government in Panchkula on Thursday.

However, there’s a catch in the entire situation, the govt. stated that they will deduct any prize money the athlete has received from his or her Central government employer, such as the Indian Army or Railway.

After coming across the decision to deduct money from the prize, many athletes have decided to boycott the event entirely, if the state government doesn’t roll their decision back. 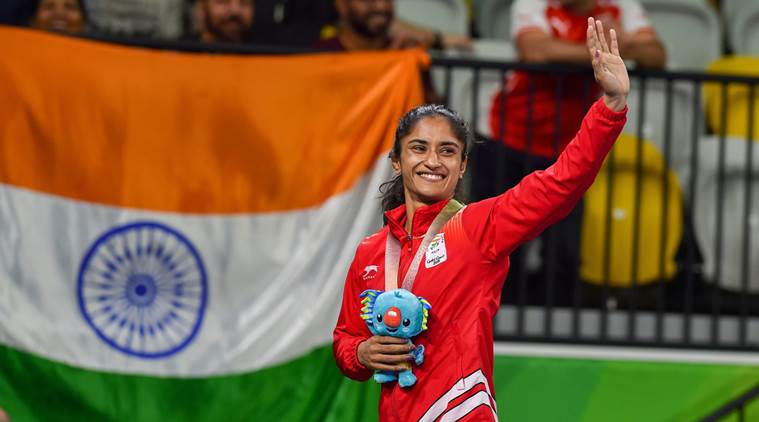 “Yeh players ke sammaan ki bat hai and paise ki ladhai nahi hai (This is about the prestige of players and not about money). If a players is representing Indian Railways or Indian Army, it is not his mistake. This act of deducting the prize money makes our achievement inferior as compared to other players. When we win medals, the Haryana government takes pride in our accomplishments yet we are given this treatment. Khel kiska hai? Haryana ka ya India ka ya Government ka? If this is the case, we will boycott the state-level function,” said 23-year-old wrestler Vinesh Phogat, as reported by The Indian Express, who won the gold medal in women’s freestyle wrestling in 50 Kg category in Australia and is posted as Senior Clerk with Indian Railways in Delhi.

Various other athletes have come in support with Vinesh Phogat and her decision to boycott the event. 2012 London Olympics bronze medallist Yogeshwar Dutt even came out in solidarity with the player. He urged the state government and said, “The Haryana government has always led the way in promoting players and the players should get full prize money. When I won the bronze medal, I too was honoured by other state governments. I urge the Haryana CM and Sports Minister to reconsider this decision.” Dutt currently serves as a DSP with Haryana Police.

But in a surprising turn of events, Haryana Sports and Youth Affairs Minister Anil Vij has said that the government will not award the prize money to the players who boycott the function. He was quoted as saying, “This is not even the right for players, who represent other organisations. Yet, we relaxed the sports policy for these players and took the decision to award them the cash prize. If a player boycotts the ceremony, we will not give the prize money.”

Now, Vinesh Phogat has urged Prime Minister Narendra Modi to intervene in the issue and also said that the entire country looks up to Haryana as an inspiration in terms of sportsmanship, not only among the people of Haryana but also among the people in state government.

13 out of 22 medalists from Haryana are employed by the central government organization and all of this can create a huge ruckus between the state government and athletes.