Gurmeet Ram Rahim Singh Found Guilty In The Rape Case, And The Situation Is Worsening

The CBI court in Panchkula has convicted Dera Sacha Sauda Chief and ‘Love Charger’ Gurmeet Ram Rahim Singh Insaan of raping two women. The verdict was delivered by Judge Jugdeep in front of just, six others in his chamber. While the judgement has been given today , the quantum of the sentence is due to pronounce on 28th August 2017.

Gurmeet Ram Rahim Singh Insaan will now be taken into protective custody to Chandimandir Military Station by the army to make sure that the situation doesn’t intense more when he is transferred to the central jail in Ambala.

As the final verdict was going to be announced today, Haryana and Punjab police have been kept on high alert and various security personnel are stationed at sensitive spots around the area. Along with this, mobile data and Internet services have been suspended in Haryana, Punjab, and Chandigarh. 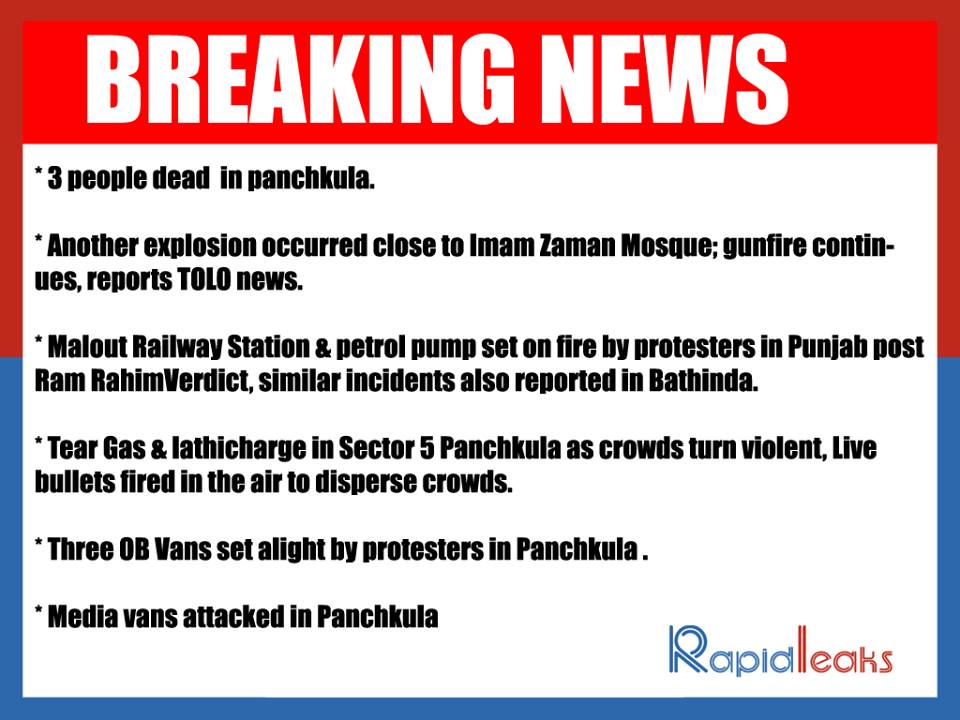 Even though the verdict was given in front of few people, a sea of humans was waiting for it outside the court, despite section 144 being imposed in the area. In a result to this, security forces armed with tear gases and bullet proof armours were also present outside the court.

Other reports suggest Malout Railway Station and petrol pump are also set on fire by the Dera protesters in Punjab post. Incidents similar to this are also being reported in Bathinda.